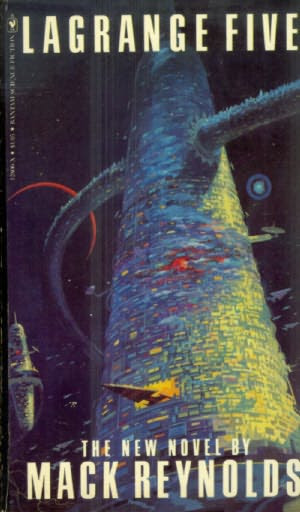 I came across an interesting space news blog :

Lagrange 5 Waypoint to the past, present, and future of space.

Why because I was googling around my previous article about Hawking and space colonization, as well as this one:Astronauts board space shuttle for practice launch

So I have to wonder why NASA and all the other space agencies fail to build in L5 rather than in suborbital space where their stupid space stations will inevitably decay in orbit and crash back to earth.

Oh what am I saying, of course it's the planned obscelence of capitalism.

Whereas if we used the Lagrange 5 we could have already been on our way to space colonization.

But of course space stations are not for space exploration, they are war stations in space for use by the Military Industrial Complex to continue its business as usual.

As anarchist sci-fi author Mack Reynolds exposed in his novels.

The Volokh Conspiracy - Decentralization and Federalism in Science Fiction

Lagrangian point: Definition and Much More From Answers.com