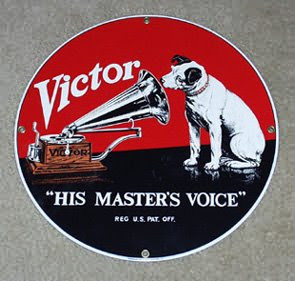 Two Lame Ducks. Harper and Bush. One has a minority government the other a lame duck administration. Bush will be leaving in less than sixty days. Harper will continue to listen to his masters voice and be the ventriliquists dummy for Bush. It is a strange case of political seance, Harper continues to channel his inner Bush promoting free trade as the solution to the capitalist crisis. In a unabashed and unashamed bit of historical revisionism he claims that protectionism caused the Great Depression, failing to mention that while this exasperated the capitalism melt down the real solution was state intervention rather after the so called free market failed to self correct.

"Removing protectionist barriers and easing trade restrictions was a big factor in ushering in this extraordinary era," said Harper, referring to recent years of unparalleled economic growth. "We cannot allow ourselves to turn back." Harper said the Great Depression was prolonged by poor managerial choices on the part of governments that included shrinking the existing banking systems, raising interest rates and building barriers in a failed attempt to save jobs. These are the kinds of practices that need to be avoided in the present economic climate, he said, and Harper also urged other countries to take a look at their pasts when making decisions on how to move forward. "As we enter a period we have not seen in the memory of virtually anyone alive today, we must be good students of history -- and not just recent history," he said.

Harpers decision to push for a Free Trade deal with Colombia is another example of continuing on the Bush agenda, despite his masters own failure to succeed in pushing a similar American deal through congress. And Harper will have a fight when he brings it to parliment for approval. Colombia's record of human rights violations, state attacks and murder of political and trade union activists, their support for right wing death squads cannot be reformed by bi-lateral trade deals. Colombia's largest export is cocaine, the irony of a free trade deal with the Law and Order Harpocrites is delicious.

"In a time of global economic instability free trade is more important than ever," Harper said in a statement.
"By expanding our trading relationship with Colombia, we are not only opening up new opportunities for Canadian businesses in a foreign market, we are also helping one of South America's most historic democracies improve the human rights and security situation in their country."
U.S. President George Bush, arriving in Lima Friday, has made a free trade agreement with Colombia a priority for his last two months in office. Harper acknowledged that Colombia faces many challenges, particularly in security. Colombia is the world's biggest supplier of cocaine according to the CIA, despite efforts from both their government and the United States.

Colombia's ties with the US could be severely damaged if Congress does not approve a planned free trade deal, the country's vice-president has warned. Francisco Santos Calderon told the BBC that a US failure to sign the pact would be a "slap in the face" to a strong ally.
The trade deal was signed two years ago by leaders of the two nations.
But US Democrats oppose the deal and have used their Congressional majority to block its passage. Mr Santos told the BBC that he did not believe that the deal would be passed during the remaining days of the Bush administration - and that he was not optimistic for its future under President-elect Barack Obama.
He said it was critical that the incoming administration saw US-Colombia relations "not in the context of what special interest groups want but in the light of our long-term relationship".
"Not approving the free trade agreement would be certainly a slap in the face to the strongest strategic ally that the US has in the continent," he said.
But Mr Santos played down the significance of the "Plan Colombia" US military aid package - worth more than half a billion dollars annually - aimed at fighting drug production

And China too has signed a Free Trade agreement with Colombia, which simply proves bireds of a feather and all that, both regimes are autarchic, militarist. In China's case it is her imperialist objective to act as a trading partner with whomever the U.S. fails to or takes exception too.

And let us not forget that we have been through all this before. Free Trade exasperates the crisis of capitalism it is not a solution to that crisis as Herr Doctor Professor Marx explained 160 years ago.

ON THE QUESTION OF FREE TRADE

before the Democratic Association of Brussels January 9, 1848

We have shown what sort of brotherhood free trade begets between the different classes of one and the same nation. The brotherhood which free trade would establish between the nations of the Earth would hardly be more fraternal. To call cosmopolitan exploitation universal brotherhood is an idea that could only be engendered in the brain of the bourgeoisie. All the destructive phenomena which unlimited competition gives rise to within one country are reproduced in more gigantic proportions on the world market. We need not dwell any longer upon free trade sophisms on this subject, which are worth just as much as the arguments of our prize-winners Messrs. Hope, Morse, and Greg. For instance, we are told that free trade would create an international division of labor, and thereby give to each country the production which is most in harmony with its natural advantage. You believe, perhaps, gentlemen, that the production of coffee and sugar is the natural destiny of the West Indies. Two centuries ago, nature, which does not trouble herself about commerce, had planted neither sugar-cane nor coffee trees there. And it may be that in less than half a century you will find there neither coffee nor sugar, for the East Indies, by means of cheaper production, have already successfully combated his alleged natural destiny of the West Indies. And the West Indies, with their natural wealth, are already as heavy a burden for England as the weavers of Dacca, who also were destined from the beginning of time to weave by hand. One other thing must never be forgotten, namely, that, just as everything has become a monopoly, there are also nowadays some branches of industry which dominate all others, and secure to the nations which most largely cultivate them the command of the world market. Thus in international commerce cotton alone has much greater commercial than all the other raw materials used in the manufacture of clothing put together. It is truly ridiculous to see the free-traders stress the few specialties in each branch of industry, throwing them into the balance against the products used in everyday consumption and produced most cheaply in those countries in which manufacture is most highly developed. If the free-traders cannot understand how one nation can grow rich at the expense of another, we need not wonder, since these same gentlemen also refuse to understand how within one country one class can enrich itself at the expense of another.”

Posted by EUGENE PLAWIUK at 4:22 AM

Unfortunately, Obama has said he will continue Plan Columbia with a brief rhetorical nod to the human rights crowd.

Mes not impressed or assured.

Does anyone else realize the irony of the U.S. "Progressive" Democratic party containing backers of a policy that essentially wars on coca farmers? So much for the working class...

Obama is at best a progressiveconservative as I have posted about before...