It’s been 30 years since the Exxon Valdez oil spill.
Here’s what we’re still learning from that environmental debacle. 1 of 11 | To try to ease the toll on the Prince William Sound, hundreds of workers spread
out along the shores of Green Island after the... (Harley Soltes / The Seattle Times) More

Before dawn on March 24, 1989, Dan Lawn stepped off of a small boat and onto the boarding ladder dangling from the side of the grounded Exxon Valdez oil tanker. As he made the crossover, he peered down into the water of Prince William Sound, and saw, in the glare of the lights, an ugly spectacle he would never forget.

“There was a 3-foot wave of oil boiling out from under the ship, recalls Lawn, who was then a Valdez-based Alaska Department of Environmental Conservation employee helping to watchdog the oil industry. “You couldn’t do anything to stop it.”

Lawn was one of the first responders to reach the 986-footlong Exxon Valdez after it went off course and punctured its hull on Bligh Reef in a debacle that marks its 30th anniversary Sunday.


Lawn spent a long day on board assessing the damage as oil gushed out. There would be no quick and coordinated spill response to slow the spread. Some 11 million gallons of crude would leak out of the Exxon Valdez in what was then the largest oil spill in U.S. history, and one that Lawn had long warned could happen. The Exxon Baton Rouge, smaller ship, attempts to off-load crude
from the Exxon Valdez that ran aground in Prince William Sound,

Eventually, the oil would foul parts of 1,300 miles of coastline, killing marine life ranging from microscopic planktons to orcas in an accident that would change how the maritime oil-transportation industry does business in Alaska, and to a lesser extent, elsewhere in the world.


Today, due to changes to U.S. law and international regulations, all oil tankers traversing the oceans are double-hulled, unlike the more breech-prone single hull of the Exxon Valdez. This significantly reduces but does not eliminate the risk of spills, as was demonstrated last year when a double-hulled Iranian tanker exploded and leaked fuel oil after crashing into a freighter in the South China Sea.

In Washington state, the Legislature overhauled oil-spill laws in the years after the Exxon Valdez. The state is a regional refining hub, with more than 9.45 billion gallons of petroleum products traveling over water annually. The lawmakers’ actions enabled the state Department of Ecology to strengthen prevention and response efforts. All barges carrying oil — as well as oil tankers — must have double bottoms. Another requirement is for a rescue tug to be stationed at Neah Bay to respond to vessels in distress. A loon oiled by the spill awaits transport to a bird-rescue center.
Carcasses of 395 loons of four species were collected during the spill,
and it is estimated that 720 to 2,160 loons died from the oil.
(Craig Fujii / The Seattle Times)

The volume of oil that tankers carry through Washington waters could increase dramatically in the years ahead. That’s because Canada is poised to approve a tripling of capacity in the TransMountain Pipeline so that bitumen processed from interior oil sands can be exported from British Columbia to global markets.

The threat of massive spills does not only come from tankers. The 2010 Deepwater Horizon drilling rig explosion that killed 11 workers led to an oil spill of 168 million gallons — dwarfing the amount released by the Exxon Valdez.


“If there is a single lesson we have learned, it’s that we have to do everything possible to prevent all sorts of scenarios that could lead to a catastrophic spill,” said Rick Steiner, a marine conservationist who — at the time of the Exxon Valdez spill — was employed by the University of Alaska in the Prince William Sound community of Cordova.


Before the Exxon Valdez, Steiner and Lawn were outspoken critics of the Alaska oil industry’s preparation for a potential spill by the tankers that ferried Alaska North Slope crude to refiners in Washington and elsewhere in the United States.


Meanwhile, Lawn sounded the alarm within the ranks of the state Department of Environmental Conservation. He said the equipment outlined in a response plan by Alyeska Pipeline Service Company, an oil-industry consortium, was not readily available. Even if it could be accessed, it would fall far short of what was needed.


“The managers were told that, but they didn’t want to hear it,’ said Lawn, who is now retired and divides his time between Kirkland, Washington, and Valdez, a Prince William Sound town where tankers load up with oil that arrives through the trans-Alaska pipeline.


When the accident happened, there was far too little response equipment, and some of it was buried in snow.

In this April 13, 1989 photo, Edward Jones of Valdez wipes off rocks
on the shoreline of Cabin Bay on Naked island in Prince William Sound.
Thirty years later, oil can still be found on some...
(Bob Hallinen / McClatchy Newspapers) More

For three days, relatively calm weather prevailed. The oil lay thick around the vessel, offering a crucial window of time for action. Then came a storm that scattered the oil, splattering coastlines to the west and south. For four years, crews embarked on a $2.1 billion cleanup that left behind crude that still can be detected on some stretches of the Prince William Sound shoreline. Up to 10,000 workers were employed in the cleanup, and 1,000 boats. One line of an attack was using hot water on the beaches, but that was stopped when it was found to cook marine life, do more harm than good, according to research cited by the Exxon Valdez Oil Spill Trustee Council.

Amid the oil slicks in the water, killer whales surfaced to breathe. Among a resident pod of 36 whales in the area, 14 had disappeared by 1990, according to the Trustee Council. Whales likely inhaled petroleum vapors and may have eaten contaminated prey.
Fourteen whales in a resident killer whale pod disappeared between 1989 and 1990.

Over the long term, a transient whale pod that also frequented Prince William Sound fared the worst. Before the spill, the pod had 22 whales. Since then, the pod has declined to seven whales, and there have been no new calves born


Craig Matkin, a researcher for the nonprofit Gulf Watch Alaska, has monitored the whales since 1984. He said the transient whales, which eat seals, were probably the most heavily affected by the spill because they not only breathed the fumes and oil, but also ate oiled prey.


That pod appears doomed. “I give them maybe a two percent chance (of survival). It is so sad,” Matkin said.


Three decades after the spill, Alyeska and the oil companies — under pressure from the state of Alaska — have greatly expanded measures to prevent spills. Two escort tugs, for example, accompany every oil laden tanker that motors through Prince William Sound. If needed, they can steer the tanker, counter any unwanted move or take it under tow.


If oil should escape a tanker, Alyeska has more than 40 miles of boom, compared with five in 1989.


Alyeska has 140 skimmers, compared with 13 back then, and the newer models operate much more efficiently, capturing less water.

The capacity to store cleaned up oil with barges or other floating equipment is more than 50 times greater than at the time of the spill.


As memories of the Exxon Valdez fade, a plea to Congress to retain the lessons learned 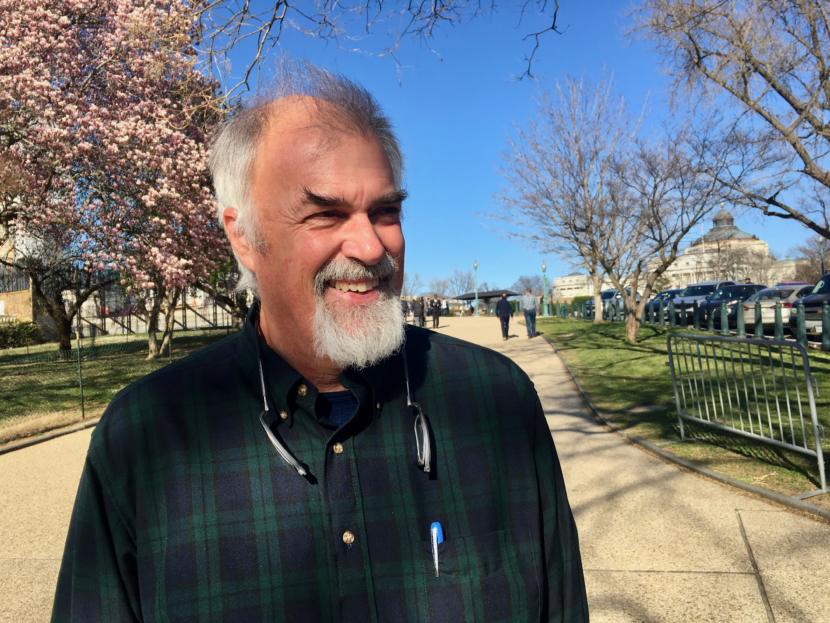 One of the lessons of the 1989 Exxon Valdez oil spill is that the response has to begin immediately. Time is short if there’s any hope of limiting the damage.Audio Player


Congress seemed to have learned that lesson by 1990, when it imposed a per-barrel tax to pay for the Oil Spill Liability Trust Fund. The fund allows the government to launch a spill response and pay compensation, even before the company at fault is held to account.


But at the end of last year, Congress allowed that law to expire.


Mako Haggerty of Homer was among a group of Alaskans in Washington, D.C. He recently to ask lawmakers to renew the law.


“Thirty years was a long time ago,” Haggerty said in an interview outside the U.S. Capitol, between meetings. “A lot of people are moving on, and we need to remember what happened.”


Haggerty is a member of the Prince William Sound Regional Citizens’ Advisory Council. He was a commercial fisherman when the Valdez ran aground, and he worked on the spill cleanup in the sound and the outer Kenai Peninsula. 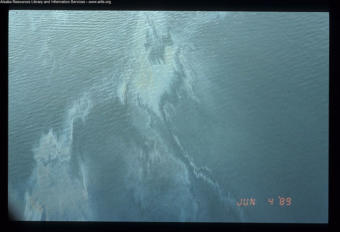 
“I think we’re still suffering some of the effects of the Exxon Valdez spill,” he said. “What we want to do is prevent spills. That’s the main thing.”


Haggerty likes a bill Sen. Dan Sullivan, R-Alaska, sponsored: the Spill Response and Prevention Surety Act. It would permanently restore the oil spill fund and keep the 9-cents-per-barrel tax. But Sullivan’s bill would cap the fund at $7 billion. Once the fund reaches that level, the tax would be suspended until the value drops below $5 billion.


Haggerty said the ceiling is important.

The bill would also provide $25 million in annual grants to states for spill prevention.

Haggerty said prevention is critical. That’s one of the hard lessons of the 1989 spill.

“You have herring and bidarkis and clams and a lot of the subsistence foods from Prince William Sound, around the villages, that are still not there,” he said.

Sen. Lisa Murkowski, R-Alaska, is a co-sponsor of Sullivan’s bill, which has not yet advanced to a committee hearing.