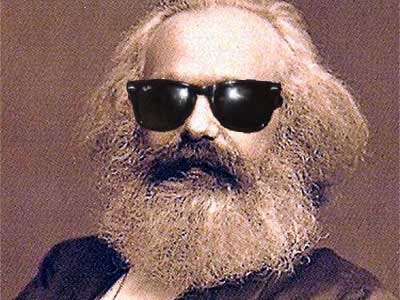 The Grundrisse as a Research Manuscript

Capital in general and many Capitals

Marx’ ambition in Grundrisse
Written in 1857/58 – during the first great world crisis (affecting not only the few industrial / industrializing countries but also the “rest of the world”)
Marx’ ambition: refutation of Say’s law, overcoming the fallacies of the “general glut debate”
Discovering the law / inner necessity of crisis in modern capitalism
Discovering / explaining the long term tendencies of capitalism (its historical laws of development)

Credit and Crisis
What is the final goal of Marx’ analysis?
To explain why and how capitalism is a self-destructive social system – undermining itself, destroying necessary preconditions which it can not reproduce / replace
To explain the limits of credit (which is a device to overcome many of the restrictions imposed upon capital)
To explain how and why the credit system in the end accelerates and aggravates the crises of capitalism

Why Credit?
Credit as a social device – rising from the exchange process
Credit presupposes capital – Capital presupposes credit
Credit links together money as money and money as capital
Credit provides the base for new forms of associated capital (the highest form, according to Marx)
Credit facilitates / accelerates the process of accumulation
Credit provides the most sophisticated form of social regulation of relations of production and exchange which are compatibel with capitalism (and already point beyond the capitalist mode of production, according to Marx)

Why Crisis?
The double meaning of crisis – both a symptom of the obsolescence of capitalism / and an element that slows down the decay of capitalism (enables fresh starts again and again – just because of the destruction of large portions of value and capital)
The dynamics of crisis – as a crucial phase in a longer process / as a decisive period of the trade cycle, industrial cycle
The different “forms of crisis” (among others: monetary crisis, credit crisis, financial crisis, industrial crisis …)
The long term tendency of crisis – to become world-wide, to become more and more severe

The range and scope of Marx’ theory of crisis
Crisis means the “explosion” of all contradictions of the capitalist mode of production
Crises are inevitable / necessary in capitalism as a temporary means to create new opportunities for capitalist development
A multifaceted phenomenon – the general crisis comprises several particular crises
Explanation has to be complex as well
Accordingly, there seem to be several Marxian “theories” of crisis (in fact, there are several causal chains that Marx follows and combines)

General conclusion – the meaning of the Grundrisse
The Grundrisse are not the “better or richer version”  of Capital
They are just one stage in the long learning process of its author (learning how to build the critical theory) – althoug a very important one
The Grundrisse are a first big step towards Capital, no more, no less

Conclusion – Lessons that Marx drew
Writing “A Contribution to the Critique of Political Economy” (1858, published in 1859)
Two versions (fragmentary “Urtext” and text as published in 1859
Lesson A: “The dialectical mode of exposition / presentation is only right, if one is aware of its limits” (Urtext)
Lesson B: Analysis of the commodity (form) and the exchange relation (process) is indispensable to develop the concept of money

Changing Worlds of Labour - Karl Marx and Beyond

Marx' theory or theories of crisis

Capitalism and its crises

Finance Capital - 100 years after Hilferding
Posted by EUGENE PLAWIUK at 9:21 AM