Carbon Capture and Storage in the Bakken Shale

This is a follow up to my article on Carbon Capture and Storage from Monday, consider it the epilogue or post script. I was researching on the Bakken Shale when I had one of those face palm moments. The Bakken is a massive reservoir of oil that stretches from Southern Alberta across Saskatchewan and Manitoba in Canada to North Dakota, Wyoming, Idaho, and Montana.

The geology and geography of the regions are similar, the southern prairies in Canada are badlands, arid desert areas from the Rockies to the Dakotas. These are prehistoric regions whose ancient face is for all to see, hoodoos which contain fossils, and thousand year old painting on stone indigenous art, an area that once held oceans, until what is the Pacific Northwest crashed into North America creating the Rockies and folding the earth under the prairies.  The Northern parts of the US states affected are a similar geological and geographic formation.

The map below shows the extent of the Bakken, the area outlined is the potential Bakken field, the Shale is that area in Saskatchewan yet to be developed, while it is being rapidly developed in North Dakota.,  There is also an Alberta Bakken field which is awaiting development as much as the field in Saskatchewan is. 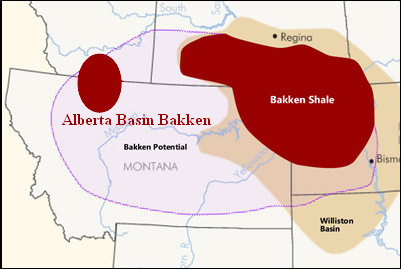 Last week  Saskatchewan Power announced it was about to put the first North American carbon capture and storage (sequestration is such a mouthful) unit online at its coal fired power plant in the middle of the Bakken Shale.

Since Carbon Capture and Storage is used as a form of fracking by injecting the CO2 into the fractures and depleted oil beds in conventional fields, its use in the Bakken would increase oil
production of this bituminous oil, a form of oil not much different from its oilsands counterpart in Northern Alberta and Saskatchewan.

While we know that CO2 Capture and Storage is used for Enhanced Oil Production (EOP) in old wells, it makes sense for Sask Power to look at getting its final product into the Bakken fields. It  has less bad press than other forms of Fracking have. And don't be fooled by the name  CCS as it is known, full title being CCS for EOP. In this case it would be fracking with CO2 in the Bakken to get the oil out.

With man made CO2 the cost for injection would go down, so that the Bakken becomes easier to access with fracking by carbon dioxide, then with other methods.

WEYBURN-MIDALE CO2 STORAGE & MONITORING PROJECT
SaskPower was a sponsoring partner in the IEAGHG Weyburn-Midale CO2 Monitoring and Storage Project for more than ten years.
This research program, which began in 2000 and was completed in 2012, sought to measure, monitor and verify the CO2 being injected into two depleted oil reservoirs in southeastern Saskatchewan. Cenovus Energy (at the initial time of injection PanCanadian and later EnCana) began injecting CO2 into the Weyburn Reservoir in 2000 to enhance oil production, and Apache Canada began injecting into the Midale Reservoir in 2005.
Both operations have ensured that the injected CO2 has been kept in place; any recycled amounts that come up with the oil are re-injected along with the 8000 tonnes of new CO2 that arrive daily from the Dakota Gasification Company’s coal gasification plant in North Dakota.
Since 2000, some 22 million tonnes of CO2 have been successfully stored underground in these two reservoirs; the research program has successfully demonstrated that the CO2 remains safely underground, and in 2012 provided a publicly available Best Practices Manual to assist other jurisdictions and companies thinking of storing CO2 in similar formations.
Specific data remain confidential to paid sponsors of the Weyburn-Midale Project; however two books are available for scientists and the general public. The first highlights the initial four years of research (2000-2004) and the second is titled Best Practices for Validating CO2 Geological Storage: Observations and Guidance from the IEAGHG Weyburn-Midale CO2 Monitoring and Storage Project. This book examines crucial topics related to CO2 storage including site characterization, measurement, geomechanical and geophysical monitoring, risk assessment, wellbore integrity, and public outreach and communication

The Expert Panel on Harnessing Science and Technology to Understand


Potential Health and Environmental Effects of Hydrofracking in the Williston Basin, Montana 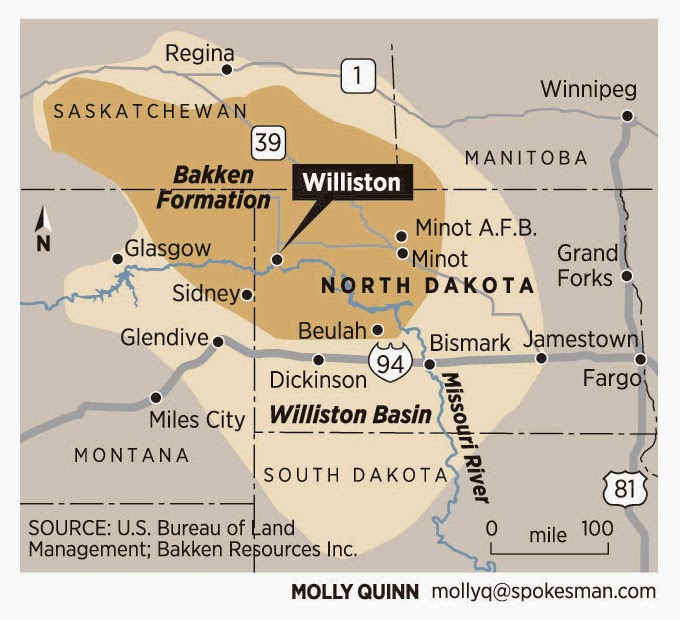 Posted by EUGENE PLAWIUK at 8:49 PM

These people always help you to estimate the size of the unit you will need for your items. They are friendly and trustworthy and provides great advice about storing and moving items
Horse Float Storage in Brisbane

Hopefully this new Carbon Capture and Storage unit really makes a difference to our numbers. We really need to work together to save the environment.