Mass-Care is saddened by the news that our longtime friend and mentor Rashi Fein passed away on September 8, 2014 at the age of 88 from melanoma. Dr. Fein was a solid supporter of Mass-Care since its founding in 1995. He was a speaker at many events and his writing and his teaching kept generations of Single Payer advocates armed with facts and inspired by his steadfast belief that we can achieve a just health care system if we can generate the political will. As he wrote in his book “The Health Care Mess” in 2005, “Universal health insurance, access, and promotion of health are more than matters of health policy. In a fundamental sense they are matters of social policy and require a social revolution”. Mass-Care is a leader in the current social revolution over income disparity and inequality of opportunity. The goal of this movement is to galvanize a huge coalition of people from all segments of society to bring about progressive policy changes including a universal health care system.
Dr. Fein was a giant in his field of healthcare economics. Throughout his professional life he pursued his conviction that achieving a national healthcare system was the best way to provide affordable quality care for everyone. His core belief in equality and fairness was at the center of his goal for universal health care. He was instrumental in laying the groundwork for the passage of Medicare and Medicaid through his writings, personal contacts, and his work on various commissions under the administrations of President Truman, President Kennedy, and President Lyndon Johnson. It was a major disappointment for him that the passage of Medicare did not lead to further legislation calling for Medicare for all.

Dr. Fein received his doctorate in political economy in 1956 at John’s Hopkins and had a career teaching medical economics at several institutions including Chapel Hill, NC, and Harvard University. A former student of his who is now a Mass-Care activist had this to say about her student days under Dr. Fein’s tutelage. “Rashi, and we were encouraged to address him as Rashi, was always a most informative and compassionate teacher. No question was too simple for him. His passion for universal health care impressed many of us and helped to direct our careers. He was one in a million at the Harvard School of Public Health”. In addition to his teaching he worked on several presidential commissions on health economic policy, and he wrote many articles and published several books dealing with policies on healthcare including “Medical Care, Medical costs: The search for a Health Insurance Policy” 1986, “The Health Care Mess” co authored with Julius Richmond, MD in 2005, and “Learning Lessons: Medicine, Economics, and Public Policy” in 2010.
Dr. Fein and his wife Ruth were married for 65 years and were a team for social justice. We send Ruth and their family our deepest condolences.


Medical costs are rising rapidly, and millions of people have no health care coverage. The nation urgently needs a universal insurance program


Rashi Fein, an influential economist who strove to bring ethical and humanitarian perspectives to the nation’s health care system and helped lay the intellectual groundwork forMedicare in the 1960s, died on Monday in Boston. He was 88.

The cause was melanoma, his son Alan said.

When Dr. Fein began working on health issues as a young aide in the administration of Harry S. Truman, health care accounted for about 3 percent of the American economy. By the time he weighed in as a respected elder in the field during the debate over President Obama’s health care proposals, the expenditures had risen to 18 percent, an amount roughly equal to the economy of France.

As the money Americans spent on medical care increased, so did the role of economists specializing in health issues. Dr. Fein moved between government and academia, offering research and views on issues like meeting the demand for physicians. During the administration of President Lyndon B. Johnson, he led a public-private panel to develop ideas for the Medicare legislation, which, along with Medicaid, was signed into law in 1965.Photo 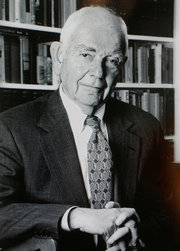 Rashi Fein in 2000. He called for universal health coverage.CreditMichael Fein

Dr. Fein, a proud liberal, regretted that Medicare did not apply to everyone, just as he was disappointed that Mr. Obama’s Affordable Care Act did not consolidate insurance payments under the federal government. A federal single-payer system, he maintained, would be more cost effective and inclusive. The Obama plan, passed by Congress, relies on private insurance.

But Dr. Fein was nonetheless satisfied with incremental progress, Dr. Ezekiel J. Emanuel, chairman of the department of medical ethics and health policy at the University of Pennsylvania, said in an interview on Thursday. He quoted Dr. Fein, a former professor of his, as saying, “Getting everybody under the tent is better than standing on principle and not getting anything.”

Dr. Fein regarded both Medicare and the Affordable Care Act as important steps toward the overriding goal of helping “the people who have the least,” Dr. Emanuel said. In his 1986 book, “Medical Care, Medical Costs: The Search for a Health Insurance Policy,” Dr. Fein wrote, “Decent people — and we are decent people — are offended by unnecessary pain and suffering; that is, by pain and suffering for which there is a treatment and for which some (who are affluent) are treated.”

Mr. Fein was born in the Bronx on Feb. 6, 1926. His father, Isaac, was a history professor whose work took him to a chain of cities in the United States and Canada, including Winnipeg, Manitoba; and Bridgeport, Conn. His mother, the former Chaya Wertheim, was a schoolteacher.

Mr. Fein’s son Alan said his father and his father’s younger brother, Leonard — who went on to found organizations to combat hunger — had gotten their zeal for social justice from their parents.

“My preference for a universal insurance program derives from my image of a just society,” Dr. Fein wrote in his 1986 book. “It is an image based on a broadly defined concept of justice and liberty, nurtured by stories my parents told me, the books they encouraged me to read, and the values they expressed. To them, liberty meant more than political freedom; it also meant freedom from destitution — in Roosevelt’s phrase, ‘freedom from want.’ ”

After graduating from Central High School in Bridgeport, Dr. Fein was a Navy radar technician during World War II. He went on to earn a bachelor’s degree in economics and a doctorate in political economy from Johns Hopkins University.

In 1952, he took a teaching post at the University of North Carolina at Chapel Hill, while working on a Truman administration commission charged with exploring the possibilities for national health insurance.

Six years later, he led a study by the federal Joint Commission on Mental Illness and Health, which estimated that mental illness cost the United States $3 billion a year ($24.7 billion in today’s dollars) in treatment costs and lost work years, a small fraction of the estimated costs today.

In 1961, Dr. Fein became a senior staff member on the Council of Economic Advisers under President John F. Kennedy. He studied education issues in addition to helping to write legislation for Medicare. He moved on to the Brookings Institution as a senior fellow in 1963 and remained with it while directing the Medicare panel for Johnson, Kennedy’s successor.

After leaving Brookings, Dr. Fein was a professor of economics at the Kennedy School of Government and the Medical School of Harvard University. He retired in 1999.

In addition to his son Alan, Dr. Fein is survived by his wife of 65 years, the former Ruth Judith Breslau; another son, Michael; a daughter, Karen Fein; and four grandchildren. Another daughter, Bena Fein, died in 1995. Dr. Fein’s brother, Leonard, died in August.

Dr. Fein spoke of the importance of language in describing health care, deriding the term “death panels” that some opponents used in the debate over the Affordable Care Act.

“A new language is infecting the culture of American medicine,” he wrote in The New England Journal of Medicine in 1982. “It is the language of the marketplace, of the tradesman, and of the cost accountant. It is a language that depersonalizes both patients and physicians and describes medical care as just another commodity. It is a language that is dangerous.”