TANSTAAFL Except in Alberta 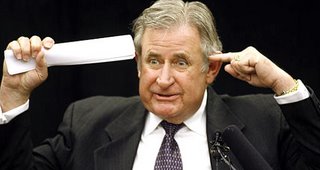 There Ain't No Such Thing As A Free Lunch

-TANSTAAFL - except in Alberta....

The King has left the building.....

Here is a lesson in Ralphonomics, gone but not forgotten. Business as usual in the Kingdom of Alberta.

Alberta government departments spent nearly $1 million on catering and coffee service in the year ending March, 2006, according to the “blue book” which records grants, supplies and services.

Betting is big business in Alberta, it funds the province and is in turn funded by taxpayers. In last springs budget Horse-racing in Alberta got a $45 million horse racing subsidy

It is after all the sport of Kings and Ralph considered it one of his favorite sports, being the gambler he was.

The heads of Horse Racing Alberta make more money than the premier - and they're being paid with taxpayer's dollars, claim the Alberta Liberals.

And this is really rich....literally....now imagine if the Federal Liberals or Conservatives did this, why the outrage in Ottawa. Oh yeah, there they have an opposition that can bring down the government, here we have a One Party State.

The situation involves a secret "foundation fund" the party was allowed to keep after the financial disclosure law was passed in 1978, provided it filed annual reports on transfers from it.

"I was responsible for it. I was the director of financial operations at the time. It was something that escaped me and I didn't realize it until just recently."

Yeah it was supposed to happen twenty years ago....I wonder whose son this guy is that he can blythely say he was responsbile for the oversight , after he was told by the reporter looking into this, and forget to tender his resignation.....wait sorry this is Alberta not Ottawa. 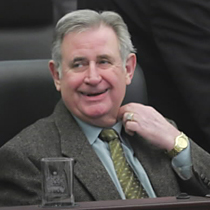 Ralph hooks up with 'straight-talkers'
Less than a week after leaving provincial politics, former Alberta premier Ralph Klein has joined a top law firm to advise clients on business opportunities in the booming province.

Too late though comes this announcement after the horse has left the barn....

Excellent comments there regarding online horse racing betting. COuld do with some more in depth knowledge but plenty of blogs are out there with that so concise and short is good.