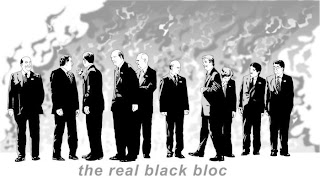 This law will be the New Deal of the 21st century if it is passed.

But the right wing is mobilizing to oppose it.

"Under current law, an employer can already agree to collective bargaining with the union on behalf of his workers when a majority of them have signed union authorization cards. But if the employer wants to make sure that his workers weren't pressured into signing the cards, or if he wants to try to convince them that they will have more flexibility without a union or even that the union may end up destroying jobs, he can insist on an open campaign period followed by a secret ballot election.

The new bill, on the other hand, would force the employer to recognize the union solely on the basis of cards collected by union organizers, collected before the employer even has a chance to make his case to the employees".

Linda Chavez is a former Bush appointed Secretary of Labor. What a friend the bosses have in Linda. And like a reformed smoker there is nothing worse than a former union porkchopper and labor fakir, that is someone who has been appointed a union bureaucrat and not elected by the members. Such was Chavez's role in the American Federation of Teachers. Now she attacks unions from her position of privilege. Once a labor fakir always a fake unionist.

If employers want to make their case to their workers they would have insured they had good wages, benefits and working conditions, a grievance procedure, profit sharing, etc. etc. But they won't until forced to.

The right wing pro boss lobby in the U.S. is ramped up attacking this new bill as anti democratic. Really. What about the Right To Work laws that the U.S. government passed that even after workers vote to join a union, those opposed don't have to they get to be free riders.

It was the right wing who brought in the Taft-Hartley Act which limited workers democratic rights and favored the bosses. Since then so called democratic votes have been rigged in favour of the boss. This is the act that Chavez and her ilk defend and claim is the very essence of American free choice and democracy.

Currently, workers do not have “free choice” when going through the NLRB petition and election process, Sweeney said. Instead, he said, the petition “triggers a bitter, divisive and often lengthy anti-union campaign designed to chill or destroy union support.”

He continued, “The NLRB process may be called an ‘election,’ but it is nothing like any democratic election held in any other part of our society.”

And the argument Chavez and her ilk make that workers are not joining unions because they have no interest in doing so, of course denies the reality that the bosses are anti-union period. They will use any means possible to stop unionization of their companies. And the laws in the U.S. favour the boss not the workers. Thus the so called democratic vote of all workers is rigged in favour of the boss not the unions. It allows the bosses time to organize an anti-union drive.

The idea behind EFCA is simple. Most any American can join a group -- a church group, the PTA at their child's school, or the National Rifle Association -- by signing a card and paying dues. With EFCA, if a majority at a workplace wants to build a union, they sign cards and the employer recognizes their wishes. Negotiations for a labor contract begin soon after.

And let's look at how the bosses convince workers NOT to vote union.

But right now tens of millions of workers can't join unions even when they want to. The Bush administration, which is anti-union to its dying breath, controls federal agencies like the National Labor Relations Board, which oversees labor disputes between workers and their bosses.

But even when Bush appointees aren't tipping the scale to hurt workers, the system of arbitration and labor relations always favors the companies. Even when a majority of workers at a shop or business sign union membership saying they want their union to represent them in collective bargaining, companies have the power to refer the dispute to an NLRB election. This referral gives them something like 6 weeks to change the workers' minds.

And they really go to town on the workers. Threats and harassment are all too common. Bosses will even stage mandatory meetings of workers where they feed the workers a lot of anti-union propaganda like claims that unions will either strike or force the shop to close.

Surveys indicate that more than half of all bosses threaten – illegally – to shut down the workplace and move out of the area or country if the workers decide to join a union. As many as 25 percent of workers who are trying to start a union at their workplace are either fired or threatened with being fired – illegally.

In Canada several provinces have this labour legislation in place, including binding mediation on a first contract. The result has been less first contract strikes and union busting.

In Alberta, the only 'Republican' lite province in Canada, we do not have this legislation we are far closer to the American style labour laws. The result has been long drawn out strikes not only for union recognition but for a first contract. If this law passes in the U.S. it will leave Alberta one of last bastions of right wing anti-labour laws in North America. 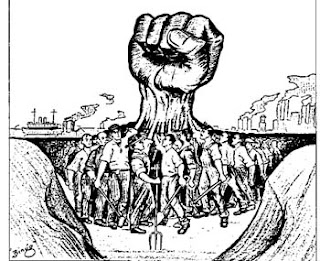 Funny, I saw your pick and thought "Reservoir Dogs" rather than Black Bloc....