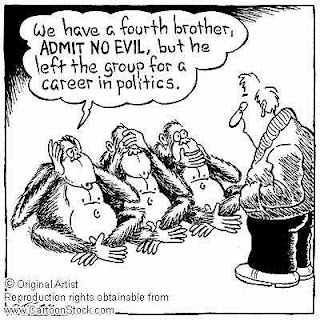 While Harper, Flaherty and Farmer Ed continue to wear rose coloured blinders denying the obvious; that we are in a recession, you and I know better.
Confidence falls
Reuters; Canwest News
Falling home prices and the worst bear market since the Great Depression combined to drive consumer confidence down further in November, the Conference Board of Canada said. The independent research association said confidence fell 2.9 points to 71, a level last reached in 1982 and 1990, respectively. Both were periods of recession. Consumers were gloomier about their personal financial situation than in October, with more than one-quarter saying their families were worse off than they were six months ago.
Confidence plunges on Prairies
Markus Ermisch, Sun Media
Tue, November 25, 2008
The Prairie provinces led the nation's tumble in consumer confidence this month, says the latest Conference Board of Canada consumer confidence index.
The Ottawa-based think tank reported yesterday Alberta, Saskatchewan and Manitoba collectively posted a 7.4-point drop in consumer confidence.
During the November survey, conducted between Nov. 6 and Nov. 13, 15.1% of the respondents said they were better of financially today than six months ago, a drop of 1.4% from October.
Meanwhile, 25.4% said they were worse off now, up 2.5% from October.
The Conference Board treats the Prairie provinces as one region and doesn't calculate individual results for each of the three provinces.
Alberta, however, which generates much of its income from natural resources, has also been impacted by collapsing commodity prices, which saw oil prices plunge from heights above US$145 a barrel this summer to less than $50 last week.
As a result of this unprecedented price contraction, economists at BMO Capital Markets forecast provincial GDP to grow 0.3% next year, down from the 2% growth estimated for 2008.
This means Alberta would be near the bottom of national growth chart.

Gloom deepens among consumers as recession fears grow
OTTAWA — One of the last pillars of Canada's economic foundations may be crumbling as the latest survey shows consumer confidence eroding to a new quarter-century low.
The Conference Board's monthly poll of consumers found spreading gloom with the index drooping 2.9 points this month to 71, a depth not seen since the intense recession of the early 1980s.
"There's no doubt the level of the consumer confidence index is at recessionary levels and that's worrisome," said Paul Darby, an economist at the Ottawa think-tank.
"It's also now the case that that low sentiment has spread across the country - we've seen a major drop in consumer confidence in the Prairies as well."
The board's latest poll, conducted between Nov. 6 and Nov. 13, found the largest one-month decline on record for consumer sentiment in the Prairie region. Confidence also sagged in British Columbia, Ontario and Quebec, but edged up slightly in Atlantic Canada.
Nationally, only 9.7 per cent of those polled predicted there would be more jobs available in their communities in the next six months, the weakest employment expectation ever recorded by the Conference Board survey.
In the past few months, Canadians have seen the pillars of prosperity eroding or collapsing - exports, commodity prices, stock markets, housing, and most recently labour markets - but consumer spending, particularly for automobiles, has held up relatively well.
Darby believes the survey indicates Canadians may be getting ready to hold off on big purchases.
There is disagreement among economists about whether consumer confidence surveys accurately predict behaviour, but there may be more reality than usual in the latest survey, said TD Bank economist Don Drummond.
That's because the index dropped at a time when gasoline prices came sharply down, which he said was unusual.
"To have it fall when gasoline prices are falling may be more telling, because we've found there is a tight inverse relation between gas prices and consumer confidence," Drummond explained.
A major reason for the loss of confidence is the tumble in the stock market, which fell to barely half its summer peak, and growing fears that Canada is following the U.S. into bleak economic times.
In recent days, Prime Minister Stephen Harper, Finance Minister Jim Flaherty and Bank of Canada governor Mark Carney have said Canada may be in or headed into a recession.
"The most recent private-sector forecasts suggest the strong possibility of a technical recession ... yes, I am surprised by this," Harper said from Peru on Sunday. Only two months ago, he had said the worst was over for the Canadian economy.
What has surprised many is the speed of the changes that have turned expectations on their head.
Oil, a mainstay of the Canadian economy, has gone from US$147 a barrel to $50 in a matter of months, forcing many oilsands producers to scale back projects in northern Alberta and taking billions of dollars out of the oil economy.
The North American automakers have gone from troubled to teetering on the brink of bankruptcy, with layoffs expected to intensify.
In his report, Darby found one hint of hope - 25.9 per cent of those polled said now is a good time to make a major purchase, slightly more than in October.
But he noted it was a minuscule change, and likely means only that people are anticipating bargains on purchases they make now.
The Conference Board poll claims a 95 per cent probability of its index reading - set at 100 in 2002 - being accurate within 2.2 points.
SEE
Neo-Cons Have No New Ideas
Back To The Fifties
Here Come the Seventies
Wall Street Mantra
tags
Canada, Flaherty, politics, Conservatives,consumer spending, tax-credit, Stelmach, economy, government, Conservatives, Harper, recession, Conference Board of Canada, consumer confidence, Economy,
Posted by EUGENE PLAWIUK at 3:43 AM