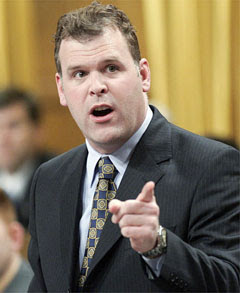 Well I am glad to see Al Gore is clearing the air about being associated with Conservatives, even if it was only by being quoted by Harpers mouth that roars; John Baird.

Former U.S. vice-president Al Gore has denounced the federal Conservatives for twisting what he terms words of encouragement into an endorsement of the government's work on climate change.

"I understand that last week Canada's Minister of the Environment, Minister John Baird, mischaracterized comments I made last summer as praise for the Harper government's actions on global warming," Mr. Gore, who has become one of the world's best-known environmental activists, said in a statement yesterday.

"The comments I made were designed to encourage the Harper government not to abandon Canada's tradition of fighting above its weight class on the world stage as part of the Kyoto process."

Posted by EUGENE PLAWIUK at 2:03 PM