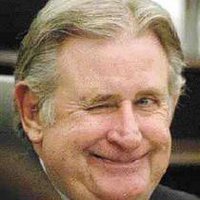 So is there going to be a debate on the Third Way which is still a mote in Ralphs eye?

Medicare advocates stage protest at legislature
Opponents of Alberta's proposed 'third way' health care system protested on the steps of the legislature Thursday on the first working day of the spring session. Even before the protest got underway, health minister Iris Evans was confronted by demonstrators who grilled her about the 'third way.' Klein has declined to release any details of his proposed health reforms, though he has indicated it will involve a role for private and public medicine. Evans ensured the protestors that the government isn't planning to do away with public medicine. "I want you to just hear that at the start but then come and we will talk."

Talk about what? There is no bill there is no legislation. And Evans maternal patting of protestors on the head is disingenuous.

Yeah let's talk about that Iris. As I said here the Third Way will not be debated in public, in the legislature. It will be snuck in the back way through orders in Cabinet.

EDITORIAL: Lots of questions
Edmonton Sun, Canada -
Near the end of her editorial board meeting with the Sun yesterday, Health Minister Iris Evans was asked about the timeline for implementing the government's so-called Third Way health-care reforms. Evans said she hoped the changes would be in place within a year.

I have to agree with this guy about the whole Third Way legislation discussion which isn't happening.

We need more medical doctors and fewer spin doctors when it comes to health reform.
Â– Paul Hinman is Alberta Alliance leader and MLA for Cardston-Taber-Warner

I know, I know frightening when even the right wing rump party challenges the PC's, Party of Calgary, about its intentions.