Is God A Cosmonaut 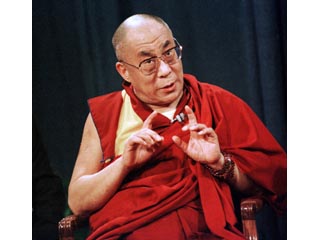 Before there was intelligent design there was the cosmology that the universe is alive, and that it is a holographic memory of itself, therefore the origin of the original I think, therefore I am paradigm.

Since we are alive and think and we are part of the universe, the universe is always in the process of self becoming; Gnosis.

The gods of cosmology

For the third year running, a physicist has won the Templeton prize. This is the one that is not just bigger than the Nobel - it is worth £795,000 - but also more imprecise: it is awarded for "progress toward research or discoveries about spiritual realities".It went on Wednesday to the cosmological polymath John Barrow at Cambridge; last year it went to the American Charles Townes, who discovered the maser; the year before it went to the South African George Ellis, whose big research theme was the large-scale structure of space and time.

Barrow made a name beyond astrophysics 20 years ago by co-authoring an argument known as the anthropic principle: that the universe looks as though it has been tailored for the emergence of intelligent life. This frames two huge riddles: is there something special about the universe that means intelligent beings will inevitably emerge to understand it? Or does it just appear like that because we look back down the long tunnel of time so of course it would seem to point exactly towards us?

Einstein put one version of the same question when he observed that the most incomprehensible thing about the universe was that it was comprehensible. The Nobel prize winner Steven Weinberg put another version when he said, in a 1977 book called The First Three Minutes, that the more the universe seems comprehensible, the more it also seems pointless. Most science involves taking a large subject and reducing it to ever smaller, more precise questions. Physics seems to start with precise questions about atomic particles or strong nuclear forces and end up with very big, imprecise ones such as: why are we here? No wonder even physicists who don't believe in God tend to invoke Him. Einstein famously claimed that God did not play dice. Stephen Hawking ended his most famous book by claiming that humans might one day read the mind of God. Leon Lederman called his book on the Higgs boson The God Particle. Others leave the divine question open; yet others overtly believe in God. This is not quite what anyone expects from science, which got where it has by firmly excluding the supernatural and following the evidence of the natural.

True but most scientists were/are deist, that is they believed/believe in Natures God. Hence Newton was an alchemist, not looking for Gold, but rather the metaphysical expressions of natures god in the elemental world. 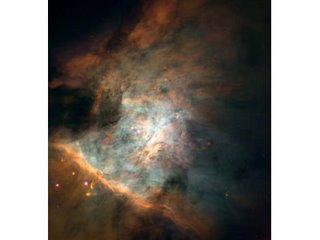 For a Ruthless Criticism of Everything Existing

I see you're still a deep shade of red.

Still getting in trouble with those Ukrainian swear words?

Pass my regards on to cousin Colin.