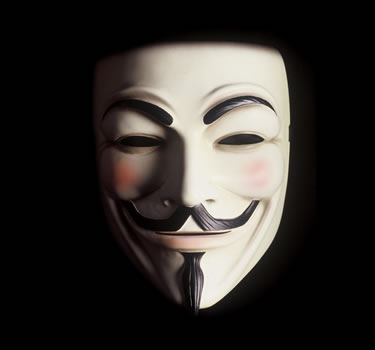 V for Vendetta is out today, not Guy Fawkes Day but not far off, as it is Saint Paddy's day.

And the links between V and the IRA struggle back in 1916, could be made.

As could links to the current State of Terror that we are facing with our new Security States. Those in power who claim that we are under attack and thus must give up our civil liberties for the good of the State.

Now while this V guy is kinda of violent, he is the opposite of our poor Windsor Smith in 1984. Servility or Liberty.

“The tree of liberty must be refreshed from time to time with the blood of patriots and tyrants. It is its natural manure.” Thomas Jefferson

Which makes this review from CTV all the more interesting in that it is well balanced.

At the center of the story is the mysterious V, (Hugo Weaving, The Matrix, Lord of the Rings) a Guy Fawkes mask wearing anarchist who saves a woman named Evey from being raped by state police. After their chance encounter, V inspires her to join his crusade to restore civil liberties through acts of terrorism.

"It's less of a message and more of a question which is 'when if ever is violence justified'? And you can say that there are certain situations when it is justified," Natalie Portman, who plays Evey, told eTalk.

Vendetta explores the idea that one person's terrorist may be another person's freedom fighter.

The debate over the politics of the deed versus mass mobilizations will be taken up again as they did over the Black Bloc.Already some anarchists are planning to leaflet the movie to use it as a chance to clarify that Anarchy really is. Good on them. It will help counter the Anarchist as Terrorist mythology.

THE TERROR LAST TIME
New Yorker, United States -
... When the war was over, his politics shifted. ... Merely by virtue of what the Haymarket eight had said and written about anarchism and dynamite, they were ...

I saw the movie, and I liked it.