Wisdom of the East 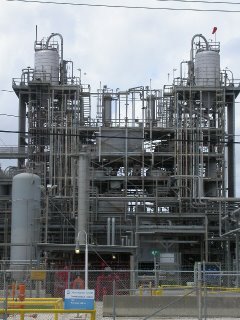 Oil prices and refineries
By Mohammed A. R. Galadari

So, it is not correct to say that oil prices go up because of shortage or war. The fact is that there is more production of oil today than was the case some 10 years ago. The production is going up, the consumption is going up, but refinery capacities are not increasing in a matching way.

More important is the fact that the industrialized world does not have enough refineries, even as they have access to oil. More shipments to the US, for example, alone will not help, as long as the country does not increase and upgrade its refining capacity. Increasing the refinery capacity is not easy, for the reason that it would have to be done in tandem with the environment standards set by the country. Pollution is a big issue for the developed world in particular, also the reason why those countries use mostly light crude in their refineries.

Dear readers, some are however tempted to see a coincidence between the oil price rise and the Bush presidency. If Bush won the elections with the backing and support of the Texas oil companies, it would also be that he created the necessary conditions for them to make extra gains during his presidency, is how the argument goes. Nothing can be ruled out in politics.