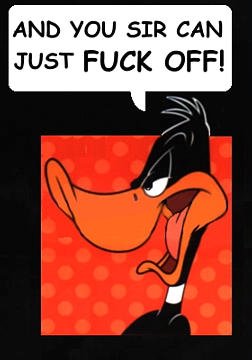 Macho Warren Kinsella was in fine form the other day proving that not only is he a Zionist syncophant but he is sexist as well.

Calling Tor Star blogger Antonia Zerbias a 'screecher', the sort of epithat used for women, oh like Sheila Copps, because in his conspiracy adled brain he see's her focusing on the Asper media chain, of which the National Pest his employer is part of, because, gasp they are Jewish. Hence she must be...wait for it...an anti-semite.

This guy never gives up on the low blows and cheap shots, and seeing anti-semites everywhere. He is in a sense the mirror image of the fascists whom he opposes, they too see conspiracies everywhere.

Maybe she is criticising the Asper chain because they are a Media Monopoly, like their predecesor the notorious criminal and Dark Lord of Media; Conrad Black. Whom they replaced when they bought him out. Wait lets not criticize Lord Black, his wife is Jewish. Warren is Canada's other loonie.

Warren is so predictable, when it comes to anything to do with Israel. The illegal state that currently rules over occupied Palestine. And now he is defending the yellow journalism at the Pest, his employer, when they make false claims about Iran. Of course Warren like other Zionist apologists see a nuclear Iran as far scary than a nuclear Israel.

At present, Iran has little more than primitive gropings towards the technology needed for nuclear self-defence. Yet these are being presented as a casus belli by Bush, Blair, Chirac and Olmert, whose own states are armed with hundreds—in the American case, thousands—of nuclear weapons. Whining and cavilling over the small print of Vienna protocols, however warranted, is a futile pursuit for Iranian diplomacy. The country would do better to choose the right moment and simply withdraw from the Non-Proliferation Treaty. Of all the anachronistic emperors in the world, it is the most brazenly naked. There is not a shred of justification for the oligopoly of the present nuclear powers, so hypocritical it does not dare even speak its name—Israel, with 200 nuclear bombs, is never mentioned. There will never be nuclear disarmament until it is broken. Tariq Ali: Mid-Point in the Middle East?

I find "illegal Israel" and "occupied Palestine" to be ridiculous phrases. You have a point about there being wayyy too many nukes everywhere, but what can really be accomplished by calling Israelis' home illegitimate?

They need to learn to live together, whether they are border sharing, or on opposite sides of the world.

Facts is facts, the State of Israel is not a joint state, and was gained through terrorism and capitulation by England and the UN. Palestine is occupied terrority, upon which Israel built its state. See the latest New Left Review for more on why there are not two states but one, with two peoples. Which is why I linked to Tariq Ali's article which you obviously did not bother to read. So again I have made it easy for you and added a link for you.