Remember, remember the fifth of November

"Remember, remember the fifth of November.
Gunpowder, Treason and Plot.
I see no reason why Gunpowder Treason
Should ever be forgot." 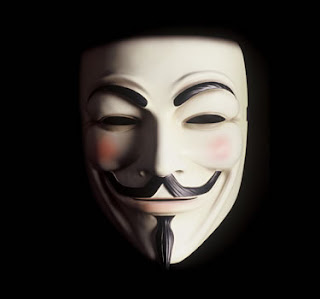 There was a standard toast for Guy Fawkes Day among my acquaintances in Britain:

"To Guy Fawkes - the only man who ever entered Parliament with honest intentions!"

And of course V for Vendetta was modeled on Guy Fawkes.

On John Lennon's 1970 solo album John Lennon/Plastic Ono Band, Lennon sings "Remember, remember, the 5th of November" on the song "Remember". The lyrics are followed by the sound of an explosion.

Remember when you were young
How the hero was never hung
Always got away
Remember how the man
Used to leave you empty handed
Always, always let you down
If you ever change your mind
About leaving it all behind
Remember, remember, today

Remember when you were small
How people seemed so tall
Always had their way
Remember your ma and pa
Just wishing for movie stardom
Always, always playing a part
If you ever feel so sad
And the whole world is driving you mad
Remember, remember today


These pages are from the confessions of Guy Fawkes. Fawkes is the most well known of the men who planned to blow up King James I and the Parliament in 1605.

In the years after England split away from the Catholic Church, most English monarchs were not very tolerant of Catholics living in England. James I was a Protestant king and English Catholics despaired of any return to the old religion. A small group decided to blow up both King and Parliament with gunpowder. They planned to place James' daughter Elizabeth ON the throne.They hoped she would marry a Catholic prince AND England would ONCE again be a Catholic country.

The king 's spies discovered the plot. Fawkes was found on the night of 4th/5th November 1605 in the cellars under the Palace of Westminster, where Parliament was due to meet. He had 36 barrels of gunpowder. On the following days, he confessed to the plot and named the others involved.

Fawkes signed 2 confessions - one after torture and another 8 days later. The contrast between them is remarkable. The first document shown here is a page from his confession under torture. His weak and shaky signature ' Guido' can faintly be made out. The second document is from a confession signed later in a steadier hand 'Guido Fawkes'.

Fawkes and the other plotters were executed on 30 and 31 January 1606. Ever since then, every 5th of November there have been firework displays and bonfires to remember the 'Gunpowder Plot '.

English playwrights and the theater loved the dramatic
images of Guy Fawkes and the celebration of the Fifth
of November. Bonfires...the plot itself and then there is Guy.
It is hoped that the study of Fawkes as he appears from
play to play throughout the centuries will provide us
with insights into how the history of the plot and its celebrations
evolved through time. See what you find in these works.
They are certainly quite enjoyable and fun in and of themselves.

Security is the chief enemy of mortals.
William Shakespeare
Any society that would give up a little liberty to gain a little security will deserve neither and lose both. Anyone who trades liberty for security deserves neither liberty nor security.

Paranoia and the Security State

State Security Is A Secure State

V for Vendetta was the best movie adaptation of an Alan Moore book yet - but that's not saying much because it still wasn't even marginally as smart as the book. The best thing about the movie is how many people went out and read the book because of it - and found one of the most unabashedly, unambiguously anarchist novels ever to get wide distribution.

Moore's thesis that the concept of authority is inherently toxic to human nature took a fairly mainstream comic book concept of the masked avenger to a whole new level - like basically everything he's ever written.