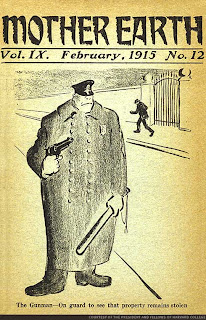 This is not just an issue of the weapons used by police, in particular the RCMP, such as tasers, pepper spray, batons or guns. It is about a police culture that sees citizens as bad guys and themselves as the good guys. We are all criminals in their eyes. They have forgotten their jobs are to 'serve and protect' the citizens not just the state or property owners.

This is the fourth taser related death in a month. It appears that the police believe it is okay to apply deadly force against those 'acting erratically', that is mentally disturbed. And you thought the death penalty was banned in Canada. Nor did you think it applied to people suffering from mental illness.

VANCOUVER - The RCMP has launched a number of investigations into the Saturday morning death of Robert Thurston Knipstrom, 36, four days after he was pepper-sprayed, Tasered and hit with a baton in an altercation with police. The incident is now being handled as an in-custody death, RCMP said in a news release.

"Because of the possibility that the police use of force could have been a factor in the individual's medical injuries, the RCMP began the in-custody-related investigative protocols from the very beginning," said the police release.

Knipstrom was taken to hospital in extremely critical condition after a confrontation with police at the EZ Rental Centre in Chilliwack, B.C., on Monday.

He had been seen driving dangerously through city streets, forcing other vehicles to avoid him. When police arrived, they said they found Knipstrom acting agitated and erratic. They used pepper spray, Tasers and police batons to try to restrain him, but were forced to call in backup when those tactics failed.

As my pal April Reign so aptly put it;

My family and I along with other activists from Bread and Roses attended the rally to remember Robert Dziekanski and to demand an investigation into his death.

As was stated at the rally this is no longer just about 4 officers, or TASER™’s this is about a culture and climate of political change which has allowed and encouraged the police to see the general public as an enemy to be subdued.

The culture of the police state has long existed, even before the Harper Law and Order Government came to power. It was always thus. The history of policing is the history of putting down protest, in particular working class protesters. Since its inception under Sir Robert Peel police replaced state militias whose purpose was to break up workers strikes and rallies.

The widespread distress accompanying the Napoleonic Wars had repercussions in Oxford. Food, money, and coal, bought with large sums subscribed by the city and university, were given or sold cheaply to the poor, but nevertheless violence flared sporadically because of high food prices.
In 1800 a troop of horse was sent to Oxford from Reading, and the local
militia was called out after countrymen had been intimidated in the market,
and the mob had threatened to attack the town hall and colleges; other poor townsmen terrorized farmers in neighbouring villages, forcing them to promise to sell their corn cheaply.
In 1814 J. I. Lockhart, the city's M.P., was forced to enter the city armed
after voting against the import of corn.
With the return of peace Oxford settled back to a more somnolent state, broken only rarely by such outbursts as the arrest, and subsequent rescue in Oxford, of those accused of the riots connected with the inclosure of Otmoor in 1830.
In 1856 many townsmen, disappointed of an official celebration on the ending of
the Crimean War, lit bonfires in the streets; one at Carfax aparently destroyed the
city stocks.
The last major riots occurred in 1867, in protest at an increase in the price
of bread, and in the wake of similar riots in the West Country. A detachment of
Guards was sent from Windsor, and peace restored by a reduction in bread prices.

Community policing does not mean the police are part of the community or under community control quite the contrary it means they police 'the community'. It is class war by any other name.

The history of modern law enforcement began 166 years ago with the
formation of the London Metropolitan Police District in 1829. By
creating a new police force, the British Parliament hoped to address the
soaring crime rate in and around the nation's capital, attributed at the
time to rapid urban growth, unchecked immigration, poverty, alcoholism,
radical political groups, poor infrastructure, unsupervised juveniles,
and lenient judges. The principles adopted by Sir Robert Peel, the first
chief of the London Metropolitan Police, for his new "bobbies" have
served as the traditional model for all British and American police
forces ever since. These principles include the use of crime rates to
determine the effectiveness of the police; the importance of a centrally
located, publicly accessible police headquarters; and the value of
proper recruitment, selection, and training.

A wealth of material is covered, though her findings can be reduced to what many scholars have begun to agree upon: that colonies were seen as posing a persistent threat of moral degradation, that European women merited protection while "native" women were to be controlled, that European men complicated matters through their symbolism of strength yet lascivious lives, that the realm of sexuality was a constant worry given its ready possibility of racial and other hierarchical transgression.

The RCMP's inglorious history as the State Police and Policing for the State was pacification of the West for the CPR control of the aboriginal and metis population, and includes massacres of working people, such as in Estevan, Saskatchewan during a miners protest in the 1930's.

And of course who can forget their actions in Quebec in the seventies or infiltration of the Anti-War movement and the Left with agent provocateurs, which produced a scandal leading to the creation of that other State Police Agency; CSIS.

The State is against the people it functions for the good of capitalism, as does its police who view property as more important than people.

These cases are not about tasers perse but about out and out police brutality, the police culture of self investigation and the lack of civilian oversight of all police forces including the RCMP. It is also another reason for unionizing the RCMP.

It is also the greatest chink in the Law and Order armour of the Harper Government.

The public demonstrations this weekend protesting the death of Robert Dziekanski show that people are not being sucked in by the Harper Law and Order agenda. In fact it is a breathe of fresh air to see folks finally protesting and challenging the police who have forgotten whom they serve and protect; the very citizens they view as their enemy. 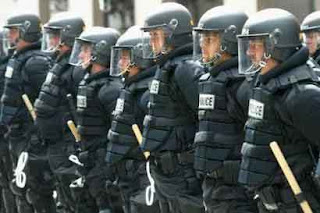