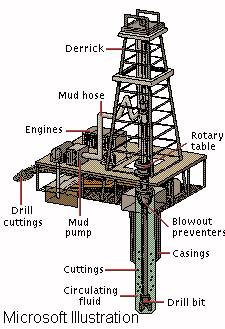 How come the Canadian Government is subsidizing big oil to the tune of $1.5 billion dollars annually? And why is this information still hidden away from the public as Big Oil sucks up record profits and gives big salary increases to its Exec's, while gouging us at the pumps. Oil and gas reserves in Canada and refinery reserves remain stable, but the pump price is increased according to the daily market cost of oil futures. Futures folks, not the current gas refined or stored.

Annual profits at Canadian Oil Sands Trust (COST) jumped 63 per cent to C$831 million and cash flow topped the C$1 billion mark in 2005. COST is the largest owner in the Syncrude joint venture. Gold in the Sands

Way back under the Conservative Government of Joe Clark a national energy policy was proposed, one that sounds surprisingly like the later NEP adopted by the Liberals. And it was a policy that is sounder than the Harpocrite's admonition that we should just suffer the artificial price increases imposed by Big Oil.

New oil prices will take effect July 1st, 1980. Well before that time, we will have in place a federal tax which will take from the companies all of the new money they do not need to carry on new explorations or production. Over five years, that will yield more than 6 billion dollars, and all of that money will be invested in energy projects. We will establish a new financial institution, the Canadian Energy Bank, to help Canadians invest in Canadian resource development, particularly in frontier regions; projects like pipeline construction, which need high front-end financing; development of hydro, coal and more experimental sources. We will help fund home insulation, furnace retrofits, fuel substitution, urban transit, and other conservation measures. We intend to work with Canadians to examine or develop every potential energy source, from biomass to tidal power, from wood waste to nuclear.

Speech to the Burlington Chamber of Commerce - December 13, 1979

A tip o' blog to blevog