People who suffer from what was once called "hysteria" show altered patterns of brain activity connected to their symptoms, researchers reported Monday.

Though hysteria is now known by the kinder name "conversion disorder," its unusual features haven't changed. Sufferers have neurological symptoms, ranging from numbness in a limb to paralysis, memory loss and seizures, that cannot be traced to any known medical problem.

Conversion disorder is so named because it's thought that people "convert" a psychological distress into a physical symptom -- though it's not under their conscious control. Freud himself coined the term.

Now the new study, published in the journal Neurology, offers brain evidence that "validates" the general Freudian view of the disorder, said study co-author Dr. Anthony Feinstein of the University of Toronto in Canada.

Using brain imaging called functional MRI, he and his colleagues found that three women with conversion disorder showed an unusual pattern of brain activity related to their symptoms.

All of the women had sensory conversion disorder, which involves a loss of sensation in a limb. Each had numbness in one hand or foot that could not be traced to any physical problem.

Hysteria was dismissed in the 19th and early part of the 20th Century as a mental problem of women. Note in this article it begins speaking of 'people', but in the end all of the patients studied were 'women'.

Until Freud diagnosed it as a neurological disorder, doctors considered it a 'womans problem' , that is they dismissed it as illogical and a fantasy. The result was being women, and having a womans problem, (hysteria does not exist among men) the best way to treat it was to remove the source of the problem.

What makes women different from men, well the uterus. So they invented an incredibly nasty form of surgical torture called hysterectomy. Which they still use today, and again for dealing with what male doctors assume are womens mental illusions and delusions; menopause. 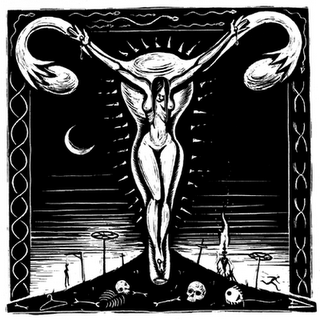 "Ancient Greeks and Egyptians believed female hysteria (uppityness) was caused by a disgruntled meandering uterus, or hysteria. Hysterectomies were performed to rid hysterical women of their nomadic reproductive organs."
-- from Hysteria, "suffering uterus"

Hysteria has an ancient and notorious history. It was first diagnosed in ancient Greece. The term hysteria is a word whose root origins (hystero) entered our language from the Greek word for womb. Since Hippocrates' day women were believed to suffer from "womb furie" or "uterine displacement". The medical texts explained that the standard treatment was the manipulation of the genitals to orgasm, resulting in contractions and release of fluid from the vagina.

"The ancient Greeks accounted for the instability and mobility of physical symptoms and of attacks of emotional disturbance in women, when these were otherwise unaccountable, by a theory that the womb somehow became transplanted to different positions. This "wandering of the uterus" theory gave the name hysteria (Greek hystera, "uterus") to disease phenomena characterized by highly emotional behavior. During the Middle Ages hysteria was attributed to demonic possession and to witchcraft, which led to persecution."1

"There had always been in Western medicine since the time of Hypocrites a belief in this disease called 'hysteria', which means womb disease, that was caused by the uterus complaining about neglect. Plato tells us that the uterus is an animal within an animal and that it gets out of control and you have to appease it supposedly. The way that you did this was that you would massage the vulva which was thought to be a part of the uterus - anatomy knowledge was a little thin in these days - and you would produce a crisis of the disease, like the birthing of a fever, it was called the 'hysterical paroxysm', and there would be contractions and lubrication and then the woman would feel better for a while."
-- Rachel Maines: from an interview with Phillip Adams on Radio National's with Rachel Maines, author of The Technology of Orgasm: Hysteria, the Vibrator, and Women's Sexual Satisfaction

Hysteria became somewhat of a paradox, believed to be caused by a lack of sexual intercourse and/or sexual gratification. This view was fostered throughout Western history by the medical establishment whose misconceptions had been passed down by the beliefs of the Church, that is, that female sexuality was "the source of all evil".

"The curse of menstruation, first inflicted upon Eve as a result of her fall from grace, came to be seen as another badge of infamy, born conspicuously by all womankind."
-- Carole Rawcliffe, Medicine & Society In Later Medieval England

This condition is mentioned in the fourth century BC by Hippocrates but became a medical epidemic in the nineteenth century. Victorian physicians were aware of menstrual madness, hysteria, chlorosis, ovarian mania, as well as the commonplace neurasthenia. In the 1870's Maudsley[2] , the most distinguished psychiatrist of the time, wrote " . . . The monthly activity of the ovaries which marks the advent of puberty in women has a notable effect upon the mind and body; wherefore it may become an important cause of mental and physical derangement . . ." This was somehow recognised, rightly or wrongly, to be due to the ovaries and bilateral oophorecotomy - Battey's operation[3] - was performed in tens of thousands of women in North America and Britain. Longo[4] , in his brilliant essay on the decline of Battey's operation, posed the question whether it worked. Of course they had no knowledge of osteoporosis and the devastation of long-term oestrogen deficiency, therefore, on balance the operation was not helpful long-term but probably did, as was claimed, cure the "menstrual/ovarian madness". The essential logic of this operation was to remove cyclical ovarian function but happily this can now effectively be achieved by simpler medical therapy. Only in 1931 was the phrase 'premenstrual tension' introduced by Frank [5], who described 15 women with the typical symptoms of PMS as we know it. Greene and Dalton extended the definition to 'premenstrual syndrome' in 1953[6] , recognising the wider range of symptoms.

Hysterectomy Hysteria: Or…How to Hang On to Your Uterus

magine you were unlucky enough to be a menopausal woman in the mid- to late-1800s, perhaps with irregular painful periods, hot flashes and symptoms of depression. You most certainly would have been diagnosed with “hysteria,” a catchall diagnosis with a misconception at its foundation: that the uterus (Latin hystera) was the origin of women’s physical maladies and psychological “neuroses.”

The cure, then, for this distress was hysterectomy — surgical removal of the uterus, cervix and ovaries. Perfected in the 1870s, hysterectomy was eagerly adopted by doctors as a quick fix for a variety of women’s problems.

If you think that modern doctors in the late 20th century would surely have jettisoned these old-fashioned misogynist ideas, you’re wrong. At a 1971 meeting of the American College of Obstetrics and Gynecology, the prevailing attitude toward the uterus was summed up by Ralph W. White, M.D.: “It’s a useless, bleeding, symptom-producing, potential cancer-bearing organ.”


But things are better now in the 21st century, right? Think again. Hysterectomy is still the second most commonly performed surgery in the United States (after cesarean section). The most frequent recipients are women just approaching menopause, ages 40 to 44.

In 1988, the American Medical Association got curious, did a study and found that about 50 percent of the 700,000 annual U.S. hysterectomies were unnecessary. Perhaps more accurate than the AMA’s conclusion, the experience of the Hysterectomy Education and Resource Services organization reveals a much more chilling reality: Of the 110,000 women HERS has counseled and referred to board-certified gynecologists for second opinions, 98 percent of them discovered they didn’t need a hysterectomy after all! The lesson? Get a second opinion, and educate yourself about tests, such as laparoscopy and ultrasound, that can determine whether you really need a hysterectomy.

You're about to undergo one of the most common – and thus one of the best understood – of all inpatient procedures. Each year, in fact, about 60,000 Canadian women have a hysterectomy. Operative techniques and aftercare treatments have been perfected over the course of a century, while more recent advances in antibiotics and anesthetics have all helped, tooT he opinion of doctors may differ from practice to practice, and from country to country. Interestingly, in the U.S. about one third of all women undergo hysterectomy before they reach 65; in Sweden and in England, however, that figures drops to only 17%.

Not so long ago, Mary (whose name has been changed), a 43-year-old librarian, agreed to have surgery to remove the fibroids in her uterus. Her doctor said be would remove the fibroids but leave her uterus and ovaries intact unless he found something "dramatic," such as cancer, which he believed she might have.

"Congratulations," the doctor told Mary just after she awoke from the anesthesia. "You don't have cancer." But what she also didn't have were her ovaries and uterus, which were removed, she says angrily, against her will.

The surgery, a hysterectomy, has left her with pain and medical expenses totaling more than $60,000. "I feel as if I've been living in the hospital," says Mary, who is now suing her doctor for malpractice. "And despite all that's happened to me, nothing serious has been done to this doctor. He's still practicing."

While Mary's situation is extreme and smacks of the involuntary sterilization inflicted on poor women of color in the South as late as the 1960's, experts estimate that every year hundreds of thousands of women undergo hysterectomies unnecessarily. According to a Blue Cross and Blue Shield of Illinois survey of nearly 6,000 hysterectomies, one third of the operations examined were performed unnecessarily. And the July edition of Consumer Reports claims that 27 percent of all hysterectomies are unnecessary.