This is an example of what happens when you link to a graphic. Courtesy of the neandertal Alberta Seperatists at FreeAlberta. com.

I had linked to their graphic of Ted Moron for my article Ted Morton Goes Federal.

I guess they don't like being linked to criticisms of their favorite Moron.

I have to wonder though what is with the moonbats on the right and their Freudian fixation of accusing folks they disagree with of practicing beastiality. I guess it show's their rural roots. 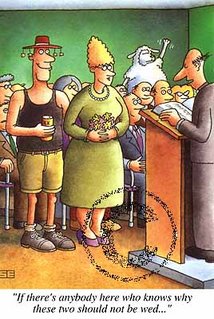 And yes I removed their offensive graphic from my page, I guess they will be happy now. Of course if they weren't such dweebs they would have appreciated that I had linked to them, giving them more hits than they deserve.

And then there is a thing called email, that they could have used to let me know they did not appreciate my posting their picture as an embedded link. But heck why bother. Its easier being an asshole.

Even when Werner Patels and I have had our blog wars he at least did not stoop so low.

But when you're an asshole you act like an asshole. And after all we all know Alberta Seperatists are Assholes. Which is why they like asshole Ted Morton.

Nobody likes hotlinking graphics. It uses up a lot of bandwidth. My partner's site (being graphic heavy) has been the victim of hotlinking a few times and it sends him over his bandwidth limit very quickly, incurring extra hosting fees or if he didn't shut down the hotlink quick enough, his site going down. So while Free Alberta could have been er... a little more diplomatic, I can see why they don't want you to hotlink to their graphic.

A lot of people don't know this though. If you want to use the graphic, it's better to run the url through a free image hosting site like http://imageshack.us That doesn't cost anything and it means that you're not stealing anybody's bandwidth. :)

Kuri is right, but so is Eugene - the link drives traffic and that's the point of blogging, so as long as it doesn't put them over a bandwidth limit, then it should be welcomed. SDA hotlinked a photo of mine yesterday, but I had the best traffic in one day ever because of it. It's a trade off. I could have got snippy and asked Kate to remove the photo, or put a graphic up on her page that said something rude, but that would have been what a prankster/ahole would do.

You are both right. I usually download the picture for use later. However in this case I deliberately linked to the Alberta Seperatists who were supporting Morton. To show who his grassroots really were. And of course they didn't like it. It really never was about bandwith for them. It was politics and ideology, which is why I did them the favour and linked to the graphic for this article while taking it off my original article.
Aholes are Aholes and bandwith is only an excuse for them.

I know you're embarrassed about being caught stealing my bandwidth. But let's not invent reasons why you did it. You cannot find ONE thing on FreeAlberta.com regarding support of Morton's campaign for Premier of Alberta. Hell, I invite you to use cached images from your computer - which you obviously must have, as you found something you didn't like about Morton.

Truth is, here is the web page you stole the picture from:
http://www.freealberta.com/senate.html

Do you see any election campaigning for Morton? Neither do I.

You are now linking to the altered image because it allows you a chance to cry while at the same time continuing to steal bandwidth from me.

Saskboy is absolutely silly. There was no link to my website except for the theft of bandwidth. No traffic came due to it. There was no trade off. Perhaps it comes from his confusion in reading traffic reports from his website. Or perhaps the person who stole from him actually linked to the website, not solely the image.

Don't steal. And stop making excuses why you stole from me. And feel free to pay for the bandwidth you took.

Do you really have a problem saying the word asshole? Or did you misspell it as you did "seperatist?" [sic]