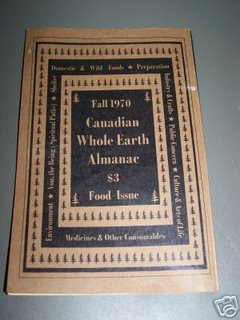 This reminds me of the infamous Rochdale housing complex in Toronto. Home to hippies and pot. The origin of the counter culture in TO in the seventies. It was a housing coop, home to self publishers, and an alternative educational centre.

Rochdale was part of Canada's unique counter culture history, which includes the fact that LSD was used here first before Leary and others used it in the United State.

And our counter culture was also influenced by the Vietnam War since Toronto and Vancouver were were major centres for draft dodgers.


I visited Rochdale in the seventies in its final days. It was home to grow ops as well as the Canadian Whole Earth Almanac, a back to the land, pro drug, alternative lifestyle publication. Rochdale was a unique libertarian experiment of its time in Canadian history.

MICHAEL L. WONG
I once was a first lieutenant in high school Army ROTC who believed fervently in the Army and our government leaders. Then came the real Army. My story, “Honor’s Death,” tells of my Army experience and why I turned against the Viet Nam war and deserted to Canada. The next story, “To Take a Street,” tells of one small protest.

What these stories don’t tell you is that in Toronto, Canada, I was a member of a hippie counterculture community known as Rochdale College. An Internet search will produce over 800 entries about this experiment that happened in an eighteen-story apartment building. I wrote in Maxine Hong Kingston’s Fifth Book of Peace: “We were a world unto ourselves, with our own government, a free medical clinic, a movie theater, a library, a health food restaurant, a store, a dance studio, and a host of other features of a community. We even had our own hippie ‘police force,’ Rochdale Security ... ”

A war of attrition by the Canadian government and police against Rochdale formed for me a counterpoint to the war in Viet Nam. The war hawks lost the war to control South Viet Nam. We hippies lost the war to save Rochdale College. I deserted the U.S. Army, only to serve on Rochdale Security. I never faced the guns of the Viet Cong, but I faced—unarmed—the guns of the Toronto Police Department. My closest comrade, Cindy Lei, was one of those who died for Rochdale. I was never the same.

Ironically, perhaps not, the main Rochdale building, at Bloor and Huron Streets, has been renamed after a senator, whose name drugs has wiped from my memory, and is a mostly-seniors residence.

It should be noted that I wrote the above paragraph about my Rochdale experience in the book, "Veterans of War, Veterans of Peace," edited by Maxine Hong Kingston. You can see info on the book at: http://www.vowvop.org . Click on "Authors' Bios" and go to mine to see the rest of this entry. Michael Wong

You wrote: "Rochdale was part of Canada's unique counter culture history, which includes the fact that LSD was used here first before Leary and others used it in the United State."

This is incorrect. Timothy Leary and his friends used LSD in the early 1960's, many years before Rochdale existed.

Mike Wong: I was John Sullivan in Rochdale. We were neighbours. On Facebook.com you claim to have lived in the 15th floor commune longer than you actually did. I was there before you, and also after you left. There were 2 others who lived in your room next to Margot Cross in the time period you claim to have lived there. I have already written about these facts in my book which includes Rochdale. Please contact me at "lone wolf sullivan at gmail dot com" to clarify this and to provide me with a little information (mostly names) I require.

Hi John, I did not write the comment about LSD, I assume you were quoting someone else. I've gotten out of Facebook, but the I arrived at Rochdale in about Oct. 1971, and left for good the summer of 1975, when the 15th floor commune fell. I moved in and out of Rochdale several times during that period, and while I always was in the 15th floor commune, did not always live in the same room in the commune.