Wait till they find out about how the Tories are denying them access to the lucrative carbon trading market. Then they will be really pissed. 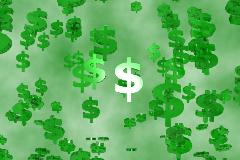 Going for the green

Is there a secret cell of environmentalists in the business community? You might think so, given that 7 per cent of executives (11 per cent in the resource sector) support the Green Party, or that Stéphane Dion gets his highest level of support from resource sector executives. Support for strong climate change policies, however, is even more widespread in the business community than that. In the C-Suite survey last May we reported that executives were not enthusiastic about Canada withdrawing from Kyoto. In fact, 40 per cent were opposed, and another 30 per cent felt it should be a low priority. And it appears to matter politically in this group. In the survey just completed, executives were asked if the Conservative decision to replace previous environmental plans based on Kyoto with the new Clean Air Act made them more or less likely to vote Conservative: Thirty-five per cent said it made them less likely and only half as many said it made them more likely. There are five times as many executives in Central Canada less likely to vote Conservative as a result of the Clean Air Act than those more likely.

Posted by EUGENE PLAWIUK at 6:14 PM