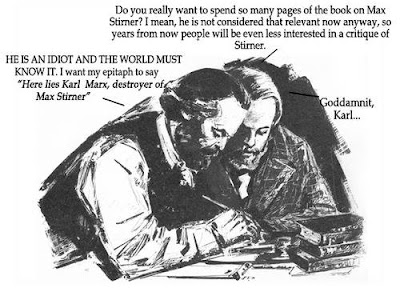 Posted by EUGENE PLAWIUK at 2:02 AM No comments:

ResoluteReader: Yuri Prasad - A Rebel's Guide to Martin Luther Kin...: This year radicals will be celebrating the 50th anniversary of 1968, a year of global rebellion. One of the key events of that year took p...
Posted by EUGENE PLAWIUK at 7:54 AM No comments:

The Archaeology News Network: Compassion helped Neanderthals to survive, new stu...: They have an unwarranted image as brutish and uncaring, but new research has revealed just how knowledgeable and effective Neanderthal heal...
Posted by EUGENE PLAWIUK at 1:47 AM No comments:

LA REVUE GAUCHE - Left Comment: Whose Family Values?: Women and the Social Reproduction of Capitalism "proletarii, propertyless citizens whose service to the State was to raise children (...
Posted by EUGENE PLAWIUK at 8:09 AM No comments:

ResoluteReader: Ben Fine & Alfredo Saad-Filho - Marx's Capital: A decade after the financial crash that marked the start of the Long Depression , capitalism has still failed to recover. Economic crisis,...

Fine and Saad-Filho' guide to Marx's ideas has been in print, in various forms, since the 1970s. The text I've read is from 2004 and I understand it has been much developed since the early versions. The authors are two leading Marxists and have attempted to condense the key points of Marx's thought into this short book. I suspect it's popularity in no small part lies with its length - many of Marx's works and the guides to them are long, detailed books and this short volume offers an easy start.The authors look at several key aspects of Marx's work - in particular his Method and the origins of his philosophy; the Labour Theory of Value, commodities; the circulation of capital and its accumulation and the role of the falling rate of profit in creating crisis. These are good introductions, and worth reading. Later chapters, particularly those on finance capital and agricultural rent are harder.While there is much of interest here, in my opinion the book is too difficult to act as an entry to Marx's ideas. The early chapters are accessible, but by the middle of the book the authors appear to be addressing students with existing knowledge of mainstream economics. Because the book is not a guide to specific volumes of Marx's work in self-contained sections, the authors miss key sections. For instance there is no serious discussion of Marx's concept of money as a universal commodity - a key and very important section of the early chapters of Capital - It's omission makes some of the later explanations harder to understand.
Posted by EUGENE PLAWIUK at 8:44 AM No comments:

#Earthquake right below Hutchinson, Kansas - March 1, 2018: Are you one of the people who felt the shaking ? If Yes, please tell what you experienced by filling up the I FELT IT form behind the earthquake or at the bottom of this page. Your I FELT IT report…
Posted by EUGENE PLAWIUK at 11:09 PM No comments: