AN OPEN LETTER TO PRESTON MANNING

ON THE EVE OF CANADA'S 42ND ELECTION

Sir, I am writing you to appeal to you in these last days of this election, before voting day, to speak out about the undemocratic and downright Un Reform Party and actually Anti Reform Party principles and ethics on democratic governance  by the Prime Minister, your student and apprentice, Stephen Harper.

I know the old days were full of idealism like the West Wants In and that would change things for the good, like ending MP’s pensions.  Oops that’s perhaps not the best example since you and your MP’s did take them.

Ok how about Senate Reform, the triple EEE Senate, the PMO not appointing Senators but they be elected by the provinces. Sheesh sorry another Oops; how did that work out to become the PMO appoints Senators, 56  in all, the largest by any PMO which means larger than any Liberal Government ever appointed.

Recall, remember recall, if you didn’t like you MP you could get a petition together and kick em out between elections. Remember Recall the very core principle of the Reform Party, the Reform in the Reform Party.  How’s that going under Harper. Ahh come on I know, don’t blame Stevie you dumped that one yourself when you became Leader of Her Majesty’s Loyal Opposition.

About Stornaway, that was of course foolish youthful braggadocio on your part as a green Party Leader, boasting that as leader of the Reform Party in Opposition you would never live there, so really this is not all on Stevie. The Reform Party of Preston Manning. reformed once in power as the Official Opposition you just became another parliamentary party.

Heck you guys on the right split again, like an amoeba into three conservative parties and so the whole focus of Stephen Harpers campaign was to win power by bringing you all back together under the strong leadership of one man him.

Oh dear perhaps this is a bit farfetched to ask of you, to opine on how Stephen Harper is BAD FOR DEMOCRACY but you have since retirement from parliamentary politics set up a foundation  Manning Centre for Building Democracy

for the promotion of Edmund Burke’s and John Locke’s classical liberal interpretation of governance and democracy, the two not necessarily being synonymous.

I know like many in the old Reform Wing of the party, you harbor secret dreams of being a libertarian like those of your ideological counterparts south of the border. Even here you must admit that your libertarian shadow self must surely cringe at Harper’s draconian police state law Bill C51.

Of course you have had some victories with Steve in power  you and your Reform Party base did manage to undemocratically reform the Canadian Wheat Board out of existence as promised by you way way back when. However I am sure like many Albertans and Canadians who believe in a fair deal not a fixed one no effort was put into reforming the wheat board to become a democratically run producer cooperative.

So congratulations your privatization ideology succeeded in destroying the farmers cooperative and having it sold , no pardon me, given away for free to a Saudi Arabian corporation owned by the Sovereign Wealth Fund of the Saudi Arabian Government.  This then is the free market principle in practice not in theory.  Another failure that began under you.

Perhaps you really can’t criticize Stephen Harper, because you like him have a fuehrer complex, the need to be the alpha male, the big man on campus, the boss.  Unfortunately for you you truly do love the ideal of reform, as with most conservative thinkers, it is an ideal, when it comes to political practice democracy is abandoned for power, and as we know from at least one other conservative thinker absolute power corrupts absolutely.

In this I think we can both agree that Stephen Harper has abandoned all principles except that of staying in power, and changing the country to fit his ideology, not yours, mine or anyone elses and certainly not the Conservative Party. And he learned that ideology at the feet of Barry Cooper, Tom Flanagan, and the right wing political think tank at the University of Calgary. That once hot bed of neo conservative braggadocio about how it was all new, an alternative to the failure of the government welfare state and the socialist economics of Keynes.

Add in a dash of prairie populist Reformism the spirit of recall, reform of the senate, and the right to vote on legislation by petition; Referendum, the three R’s of your Reform Party . All old Alberta ideas from even before they were adopted by you, the son of the Socred Premier of Alberta. The reform agenda was and is prairie populism spread by socialists and social creditors.
In fact in Alberta it was socialist labour and the United Farmers of Alberta that attempted to implement these practices, years before Social Credit.

You know that and so do I because I am a historian of the labour movement in this province.

Doesn’t Stephen remind you of someone?

Dare I say your father; Ernest Manning  and before him Bible Bill Aberhart the creators of the Social Credit movement and Party here in Alberta. Bible Bill despite his name was more  Fuhrer than Premier, he is actually Steve’s ideal, for after only being in power for a short time Aberhart brought in a draconian censorship law prohibiting criticism of his regime, which to its credit to this day the Edmonton Journal challenged to the Supreme Court and won in having it overturned.

Sounds familiar, ignore the charter and constitution and the principles of law, while declaring yourself a law and order government. These of course are the classical principles and practices of what we now call fascism. Harper declares himself a democrat a libertarian free marketer, but in reality as Tom Flanagan now admits to the ‘horror of'’ having created a Prime Minister who considers himself  The Great Leader, and it does not help that 9/11 Truthers believe he shares a birthday with the Fuhrer.

One does not need to invoke Hitler, to remember that fascism arose following failed revolutions in the Twentieth Century, Aberhart’s Social Credit suffered as much from being a socialized credit system and a National Socialist ideology.

This ideology is still with us within the right wing around the world, at its base it has never changed, it is anti-parliamentary, anti-democratic, but you can vote, as you are told, because all this just gets in the way of the great leaders will.

Unfortunately now that I think of it perhaps it is too much to ask you the founder of the  Manning Centre » Preston Manning, President and CEO, to speak out for defence of our democratic freedoms, of speech, assembly, protest, etc. Principles now challenged by Harpers bill C51.
Or his bill C24 which strip Canadians of their citizenship in violation of UN principles and the principles of the Magna Carta

Or the bills to demand Unions provide financial information to the public, while political parties and corporations don’t have too. We have an identical bill used against First Nations when they receive government funds

We have the total destruction of Science and Research done by the Federal Government. Including libraries and research document holdings being destroyed, the only thing missing is the mass public bonfires. Perfect for Halloween or Guy Fawkes day.

On the other hand there is the right wing school of thought that embraces Pharaonism, Caesarism, the  Fuhrer Principle, the Strong Man theory of history. In this case the writings and teachings of two University of Chicago professors, Leo Strauss, and Carl Schmitt both idealized the leader of the nation ruling over and uninhibited by the peoples tribunes their parliament, judiciary, senate, all bodies of the state. The strong man simply walks over, tramples, or ignores, all such laws as he does not need or approve of. This of course was one of the schools of thought in the think tank that bred Harper at the University of Calgary.

It is time that those conservatives like yourself decide which side of history you are on those of civil libertarian democrat or those of the strong man Stephen Harper school.

Since you have not spoken out opposing his actions at the time, perhaps now in the final days of this historic election you can once again dig deep into your democratic morals and ethics to really see  Steve in that light how can you remain unmoved to speak out against him.

Mr. Manning you have a chance to make a real difference this election, one that says principles are more important than the party or the man running it. But rather the will of the people, and the people themselves rule, and are not ruled by the party or the leader.

This election we have seen quite clearly it is about one man, not his party, or the Conservative MP’s or Senators, it is about Stephen Harper, as much as he says its not about him. Of course it is.

You once believed that our MP’s were responsible to the voters, and to their constituents, not that they were party men and women who simply transmit the will of the PMO down to the peons.

Sir; as a conscientious compassionate conservative democrat and civil libertarian how can you sit by and remain silent.

Populism in Europe and the Americas: Threat Or Corrective for Democracy? Populism and Democracy in Canada's Reform Party 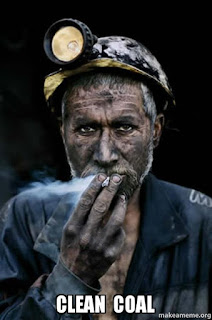 I AM FROM ALBERTA WE KNOW COAL
A hundred years ago my grandfather a Ukrainian immigrant worked in the coal mines in Wayne Alberta.
Forty years ago I went to University in Lethbridge, Alberta, the home of coal mining in southern Alberta.
Alberta exports more coal than oil by rail.
Alberta' now strip mines coal next to power plants, Genesee Plant lake Wabamum owned by EPCOR
For sixty years even after the discovery of oil in Leduc Alberta remains a coal province.
Most of our GHG comes from the emissions from coal fired power plants.
Rachel Notely and the NDP government wll now transfer coal fired power plants to natural gas, another fuel we have plenty of.
Former Premier Lougheed was never an oil man he worked for Mannix Corporation which owns Luscar Coal Mining. They wanted to open up an
open pit mine just outside Jasper National Park.
But that project became fiscally and socially unfeasible..
Alberta was home to the United Mineworkers, the Western Miners Union, IWW and OBU, the first western coal mining strike was in Medicine Hat, later the miners organized in Southern Alberta, building a base along with the Communist Party in the Crowsnest Pass Blairmore area of the Rockies in Southern Alberta.
Edmonton at the turn of last century was a mining city, with coal mines criss crossing underneath the riverbank. Ukrainian mining families dug into the riverbank 1912-15 to live in caves.
So while we are known now for oil, oil sands, we were once like Pennsylvania in the USA a coal mining region. with a large Ukrainian population and with oil which is why we both survived unlike West Virginia .
Today both Alberta and Pennsylvania also have shale oil. we have long histories of fracking.

The myth of clean coal comes from the experimental and not yet proven Carbon Capture and Sequestration CCS. This has nothing to do with being green or reducing the use of one form of fossil fuel, coal. Instead CCS takes coal gas (methane) by making it into a liquid by putting it under pressure and injecting it into existing played out oil fields, including shale oil, to extract residual oil. In other words CCS is just another form of fracking
Coal was and is our dirtiest energy

Posted on Facebook
Posted by EUGENE PLAWIUK at 2:36 AM 2 comments: