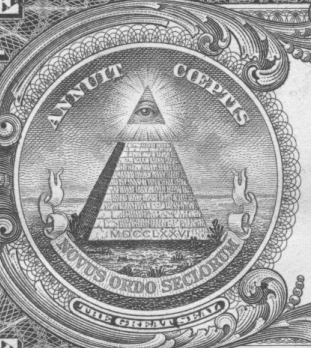 GREEN PARTY OF THE UNITED STATES
Greens Issue Wrap-up On Bilderberg Conference
"Any meeting in which U.S. government leaders are gathering with other nation's leaders, corporate honchos, political thinkers, and other powerful world leaders needs to be reported in the media," said Bob Levis, Green candidate for Congress in Wisconsin (5th District) >. "If the major media refuse to report on Bilderberg because they're part of the same cabal, then something truly ominous is taking place. This isn't conspiracy theory. It's conspiracy."

It appears that as I predicted when you fail to report on secret meetings of secret societies then the American tendency is to cry 'conspiracy'.It's in their blood, they have seen conspiracies since the founding of the Republic. In fact as a conspiratorial political culture they can't help themselves. They know the conspiracy exists because they used it to overthrow the British. After that each fundametalist Protestant religious revival in America created its own conspiracy of Anti-Masonic, Know Nothing, Nativists. A phenomena that gives rise to fascism. Pearsall's Books: Religious Revivalism and Lower-Middle Class Man

Secret Society Not So Secret