The Autumn Of Our Discontent 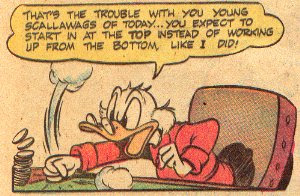 It appears that the Alberta Advantage is not all it is trumped up to be. At least to Martha and Henry. I guess we are all malcontents now.

a portrait of disquiet reflected in a new Harris-Decima survey of western Canadians conducted for The Canadian Press.

The online survey looked at the attitudes of 1,400 westerners, but found the most angst and unhappiness in Alberta, the province that leads the nation in growth and per capita wealth.

One in four Alberta respondents said they found people in the province generally grumpier and less civil compared with two years ago.

And despite multibillion-dollar budget surpluses and a provincewide construction boom to try to accommodate the teeming inflow of newcomers:

-24 per cent said the post-secondary education has worsened.

-51 per cent said their community has not improved or, in some cases, even worsened.

-70 per cent said there has been no improvement in their family's health and well-being.

So I guess a Fall/Winter election is not a good idea for Prince Eddie.

Posted by EUGENE PLAWIUK at 4:40 AM