Lot's of folks get upset when gas prices go up. Amongst those of us who smoke we are always looking for a deal just like them folks buying gas.

And thanks to the competition to get our bucks the oligopolies that are Big Tobacco are willing to provide us with cheaper and cheaper smokes. as the State taxes and taxes them, while the Anti-Smoking lobby fumes and fusses over ways to stop us smoking.

For you smokers in Alberta, and this applies in other areas of Canada as well, here are two cheap brands.

The new kid on the block this month is John Player Standard; Blue and Silver, they have eliminated the term 'light' (due to a court ruling saying it was deceptive advertising which it is since the light brands had MORE nictone than the standard) . Which retails in some parts of Alberta for $62 a carton, GST included,whether in 20's or 25's. 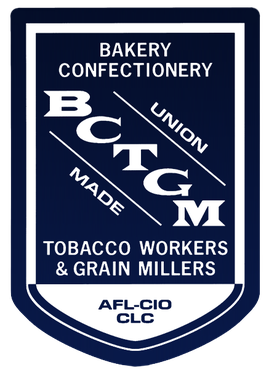 The next cheapest is my favorite union label brand, Canadian. It carries the union bug for the Bakery, Confectionery, Tobacco workers & Grain Millers union. Which is $64 a carton 20's or 25's, GST included.

So while other brands for sell for anywhere from $7.50-$9 a pack before GST, these are selling for just over $6 a pack. That's like the price from a decade ago!

And the reason for these cheap brands? Why competition. The very nature of the market and capitalism.

Press release: 22 per cent of cigarettes smoked in Canada are illegal

Hot trail leads to cigarettes -ON
Sun, March 4, 2007
By JOE MATYAS, SUN MEDIA
The search for cheap smokes in the area includes smuggling and contraband
Every three weeks or so, Rita and her spouse take a half-hour drive from London to a local First Nations community to buy cheap cigarettes.
In Rita's house, every penny counts. With a modest family income, $70 for a carton of brand-name cigarettes is a steep price to pay for "one of the simple pleasures of life." On the reserve, Rita can buy 200 no-name, untaxed, machine-rolled cigarettes with filter tips in a plastic bag for about $8.

In Edmonton cigarettes still retail in bars, lounges and cigarette machines for price c$10-$12 a pack, despite a wide variety of cheaper brands being available. That' a 100% mark up! Why doesn't Jim Flaherty say something about that, eh?
After all tobacco is a domestic product and industry in Canada.

In 2001, the total revenue from tobacco exports to the USA and the E.E.C combined is over $140 million (140, 535, 000). In other words, Canada sells far more tobacco domestically than is exported abroad. Three large tobacco companies dominate the cigarette market in Canada: Imperial Tobacco Canada Limited, Rothmans, Benson & Hedges Incorporated, and JTI-Macdonald Corporation. In 1999-2000, their combined net sales was approximately $3 billion. Imperial is the largest, followed by RBH and then JTI-Macdonald. Health Canada’s Tobacco Control Programme has compiled cigarette sales data for 2001-2002 on the three major cigarette companies for each province and the total for Canada. For the year ending December 2002, the “big three” combined sales was $3.2 billion

Oh right of all the horrors of capitalism, smoking is the worst.