The Origin of American Conspiracy Theories 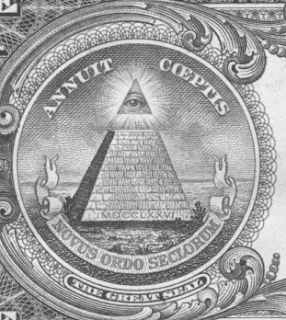 Be it in the religious revivalism of the 1800's, the anti-Masonry movement, or the later Know Nothings, through out the history of American politics conspiracy theories have abounded, and have had major political impact. They are as American as apple pie.

This is a PhD. Thesis and is a full length book available for download as a PDF.

Conspiracy Theory and the Society of the Cincinnati, 1783-1790


At the same time, I became aware of a tradition of radical political dissent in
modern America, an abundance of conspiracy theories that also extended into popular culture. It was the time of Timothy McVeigh and the militia movement, of Waco, Ruby Ridge, Pat Robertson, and the X-Files. Suddenly conspiratorial explanations for current and historical events seemed everywhere. From Richard Hofstadter’s writings I realized that conspiracy theories occurred in episodic waves throughout American history, and from Bernard Bailyn and Gordon Wood I learned that the founding fathers believed in a secret English plot against American liberty. I decided to investigate, but soon became aware that other scholars were already writing on conspiracy theories in post-World War II America. Clearly, I had to look off the beaten path for a case study in American political “paranoia.”

It was then that I remembered a somewhat obscure document from my studies
on the Connecticut ratification debates. Just before the Philadelphia Convention of 1787, Dr. Benjamin Gale, an eccentric physician from Killingworth, wrote a long letter to Erasmus Wolcott.

In this diatribe, Gale complained about the machinations of the Society of the Cincinnati, a veterans organization of officers of the Continental Army. Gale charged that all the talk about the weakness of the Articles of Confederation was merely a smokescreen for the treasonous ambition of the Cincinnati. According to Gale, this society planned to establish a military dictatorship or monarchy and assume the mantle of hereditary nobility for themselves. Gale was obviously an Antifederalist, one who not only attacked the movement for a new Constitution as unnecessary and dangerous, but who felt it was the result of a deliberate conspiracy against American freedom.

I had found my topic. Apparently, a conspiracy theory existed in the 1780s, the
very period when the political culture and system of the United States was taking
shape, and it accused the leaders of the Continental Army of anti-republican subversion.

Small wonder then that such discourses of radical suspicion surfaced periodically
over the course of American history. If some American revolutionaries felt that even George Washington and Henry Knox could be traitors, we should not be surprised that so many Americans question the report of the Warren commission or distrust the federal government and the United Nations. The Deepest Piece of Cunning is a journey to the origins of conspiracy theories in the United States. It should shed some light on the political controversies of the 1780s as well as the persistence of conspiracy theories in American political culture.

In May 1783, the officers of the Continental Army of the United States of America
organized themselves into the Society of the Cincinnati. Soon after, the veterans
organization became the focus of an elaborate conspiracy theory which falsely accused the officers of trying to establish a hereditary nobility and subvert the young republic.

Over the course of the mid-1780s, prominent revolutionary politicans such as John Adams and Elbridge Gerry joined in the outcry. The conspiracy theory became a major political controversy, and even impeded efforts to reform the Articles of Confederation.

However, despite their frantic tone and lack of a factual basis, the accusations were not merely a fringe phenomenon created by political crackpots. Instead, the conspiracy theory was deeply embedded in American political culture. When the political and economic problems of the 1780s threatened to disrupt the republican experiment, many revolutionaries looked for a threat that might explain the crisis. They found that threat in the Cincinnati, whose military background, federal organization, and aristocratic trappings made them suspect.

Once More On the Fourth

I think the real reasons for conspiracy theories are 1. The ruling classes are pathological liars and so are and always have been, their media shills. 2. They do conspire against us continually, even though these conspiracies are not mega-conspiracies like the so-called Masonic plots, Illuminati, missile at the Pentagon types, but nonetheless they plot continuously how to expoloit and dominate us. Thus, it is no wonder that the majority of people, in some circumstance or another belives in conspiracies.

The conspiracy is simple, all theories and hypothesis point to its enduring truth; those in power wish to keep power, and will retain power at all costs, the best way to retain power is to insure all those with vested interests buy in.

Conspiracy theories were really exploding in Europe at the same time - I think a prime instigant is a reactionary response to rapid social change like the Enlightenment radicalism of the 18th century or the 60's counterculture explosion. Just look at Abbé Barruél.

Notice that more folks refer to RAW when discussing conspiracy theories than to the classic work by JM Robertson on Millineal movements and secret societies.