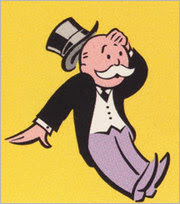 As I said here Stelmach's Royalty announcement is a sell out.

Alberta's bid to wring more cash from the oil sands with a controversial royalty hike wound up as little more than "smoke and mirrors", one of the province's advisers said on Monday, as it backed away from key elements of a review panel's recommendations.

Pedro van Meurs, who has consulted on royalty regimes in 70 jurisdictions, said the Alberta government left cash on the table when it announced a new royalty scheme last week.

But van Meurs said the changes are at best a minor increase and the province's has lost a once-in-a-generation chance to get what he considers a fair share of the burgeoning sector's revenues.

"It's pretty disastrous," van Meurs told Reuters. "Instead of having a simple tax, what we are now going to see is very complicated system that is more smoke and mirrors than reality."

Van Meurs was a consultant for the review panel that recommended higher rates and a per-barrel tax on oil sands production.

"It's absolutely a minor increase," he said. "The most idiotic thing is that Alberta already had 25 percent."