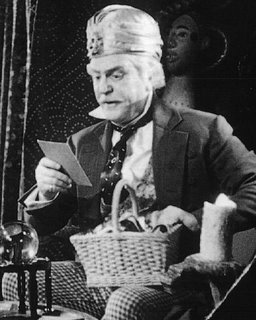 One thing we have learned from the Harper government is that they are good at vast generalities and short on details. They build up the public with promises of pending announcements and finally when the time comes well there is not much to see. Such was the case with their Clean Air Act. And they did it again this week with Finance Minister Jim Flaherty's fiscal update.

In fact what Flaherty announced is nothing more than a plan to pay down Canada's debt without paying for any other new social programs and with cuts to existing spending. In other words stay the course.

The federal surplus will not be reduced by changing the EI program where most of it comes from. EI Surpluses will be used against the debt. Provinces will be expected to pick up expenditures in infratstructure, education, health care, etc. based on existing transfer payments from the Feds.

In other words nothing was announced that was not announced in their Spring budget. Jim Flaherty isn't a finance wiz he is the Wizard of Oz.

Canada’s New Government announced in Budget 2006 that it would work with the provinces and territories to further lower the welfare wall by implementing a Working Income Tax Benefit (WITB) to make work pay for low- and modest-income Canadians. The Government will implement the WITB in Budget 2007.

But experts say there wasn't much new in the plan, and that it provides a road map on tackling debt but not much beyond that.

"The first thing we have to realize is that nothing has changed in this commitment vis-a-vis the federal government," TD Bank's chief economist Don Drummond told Canada AM.

"The commitment is still to pay down $3 billion a year -- so how do they get to zero by 2021? Well, they're adding in the provinces, which will also be in a net debt position," he said.

"But the kicker is that they're adding in the surpluses -- the net asset positions of the Canada and Quebec pension plans -- so this is not a concept that Canadians are really used to hearing about."

"So there's 15 per cent -- but low and behold Canada and Quebec pension plans in that year will have a net asset position of 15 per cent."

If you do the math, Drummond said, paying down the debt by $3 billion a year means it will still be at $436 billion in 15 years.

"It's a wash," said the group's federal director, John Williamson. "The rhetoric is they're cutting taxes, but the actual end result is either no significant change for taxpayers, or they're slightly worse off."

Flaherty's budget last spring reversed those income-tax cuts, and brought in a one-point reduction to the GST.

The Conservative government is planning a second wave of cuts to climate-change programs and is asking public servants to help manage the “fallout” by explaining why their positions should disappear.

Government officials who manage the programs in various government departments were told this week that climate-change programs extended by one year in April will not be renewed.

The officials are being asked to compile information as to who would most likely be affected and what their public reaction would be.

The project is being described internally as “government-wide” and The Globe and Mail was able to confirm that at least two departments, Natural Resources Canada and Agriculture Canada, were submitting reports this week.

Posted by EUGENE PLAWIUK at 3:09 AM