Lithium producer Sociedad Quimica y Minera (SQM -1.1%) is lower after Chile's First Environmental Court upheld a complaint by indigenous communities in the Atacama Desert about the company's use of water.

The court ruled SQM's compliance plan, which had been presented in response to a multi-year investigation by Chile's SMA environmental regulator that found the miner had overdrawn lithium-rich brine, was "insufficient,"

The decision could jeopardize SQM's $400M plan to expand its lithium carbonate production plant to help meet demand for the battery metal.

Water has become a key sticking point for expansion plans of SQM and rival Albemarle, both of which operate in the salt flats of Atacama, the world's driest desert.

Court points to 'particular fragility' of Atacama desert's ecosystem in reaching its decision. 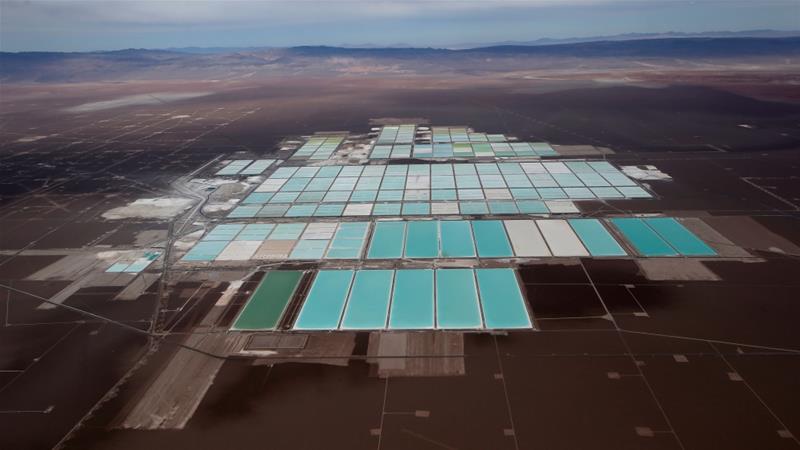 A Chilean court ruled that a compliance plan presented by
SQM in response to an investigation by Chile's SMA
environmental regulator that found the miner had overdrawn
lithium-rich brine, seen here in pools in the Atacama desert,
was 'insufficient' [File: Ivan Alvarado/Reuters]


A Chilean environmental court has upheld a complaint by indigenous communities in the country's northern Atacama Desert about the use of water by SQM, the world's second-largest producer of lithium.

The decision by the First Environmental Court in the nearby city of Antofagasta calls into jeopardy SQM's $400m plan to expand its lithium carbonate production plant to feed appetite for the ultralight battery metal.
More:


Water has become a key sticking point for the expansion plans of both SQM and top competitor Albemarle, both of which operate in the salt flats of the Atacama, the world's driest desert, which supplies more than one-third of the global supply of lithium, a key ingredient in the batteries that power electric vehicles.

Soaring lithium demand has raised questions about whether Chile's arid northern desert can support current and future levels of lithium production along with the needs of sprawling nearby copper mines, a booming tourism industry and indigenous communities.

The court ruled that a compliance plan presented by SQM in response to a multi-year investigation by Chile's SMA environmental regulator that found the miner had overdrawn lithium-rich brine was "insufficient".

The plan included a new online system to monitor extraction rates of brine, which holds lithium in suspension, and the shutting down of one of its freshwater wells.

The court said its decision was based on a "precautionary principle", taking into account the "particular fragility" of the Atacama's ecosystem and the "high level of scientific uncertainty" about the behaviour of its water table. It said SQM had no way of proving that the measures it had proposed were capable of "containing and reducing or eliminating the negative effects generated by the breaches of the company".

"We must protect sensitive ecosystems even more when they constitute the ancestral habitat of our native peoples whom the State of Chile is obliged to protect," the court president, Mauricio Oviedo, said in a statement.
The complaint was brought by indigenous people living in surrounding communities of Peine and Camar, and the Indigenous Advisory Council of Atacameno People.

The SMA must now resume its sanctioning of SQM for the original infractions, the court said, which could involve fines of more than $3m, the closure of its operations or revocation of its environmental permits.

Neither SQM nor the SMA could immediately be reached for comment.

SANTIAGO (Reuters) - Chilean mining activity fell 7.1% in November, government data showed on Tuesday, plagued in part by operational issues at major mines during a tumultuous month of protests, road and port blockades and worker strikes in the South American nation.

The world’s top copper producer reported that production of the metal fell 6.7% in November from the same month a year earlier to 504,366 tonnes. Government statistics agency INE noted the fall in mining activity was in part due to an unfavorable basis of comparison, a reflection of strong production the previous November.

Chile’s vast copper mines largely maintained production and kept operations running normally through early November, amid the brunt of unrest, though there have been isolated incidents at some operations and uncertainty lingers.

Chile´s Codelco COBRE.UL, the world’s top copper miner, and BHP (BHP.AX), which owns the sprawling Escondida copper mine, both reported increases in output in October despite riots that threw much of the country into chaos. November production figures for the mines are expected in early January.


But Chile´s Antofagasta (ANTO.L), another of the world´s top copper miners, warned in November of larger than anticipated impacts on output from the Chile protests.
MANUFACTURING UP

Chilean manufacturing production CLMFG=ECI in November surprised analysts, jumping 3.2 percent compared with the same month the previous year, according to government data, bucking predictions of a sharper drop in output.


The unexpected increase was driven primarily by a year-on-year rise in the production of chemical products, INE said.

Protests in Chile have led to at least 26 deaths and billions in losses to private businesses and public infrastructure. The prolonged demonstrations and sometimes violent riots and looting prompted the central bank last week to slash forecasts for growth, investment and demand through 2020. 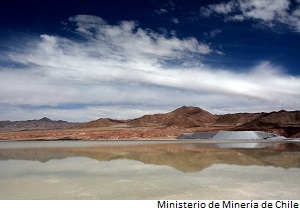 Mining minister Baldo Prokurica told Radio Agricultura on Monday that “we want to do more than just exporting lithium carbonate. We aim to be part of the lithium added value chain and we already implement this decision in Enami's and Codelco's lithium production.”

To boost production, the mining ministry is developing new projects through national mining company Enami and state copper miner Codelco. The ministry also works on agreements with Germany and is participating in the creation of the US$193mn lithium and clean technology center led by development agency Corfo.

Copper commission Cochilco forecasts investments of US$1.8bn in lithium by 2022.

Prokurica said Codelco will invest over US$10mn in exploration at Salar de Maricunga, for which it is in talks with Minera Salar Blanco to develop a project.

“We believe that the state asset must be in production and generating resources for Chilean families and the country,” Prokurica said during the Radio Agricultura interview.

Chilean lithium analyst Daniela Desormeaux said the local lithium industry is smaller than copper but can expect a bright future.

Last week, a Chilean environmental court accepted an indigenous communities’ complaint against the use of water by the world's second largest lithium producer, SQM.

The company, which is carrying out a US$400mn expansion of its lithium carbonate plant in Atacama region, has not made any adjustments to its production or sales plans yet.

“SQM has a really aggressive expansion plan. It is currently producing 48,000-49,000t/y of lithium carbonate and aims to reach up to 100,000t/y in the coming years, which will have a bigger impact on the salt flats,” Desormeaux told Radio Infinita. 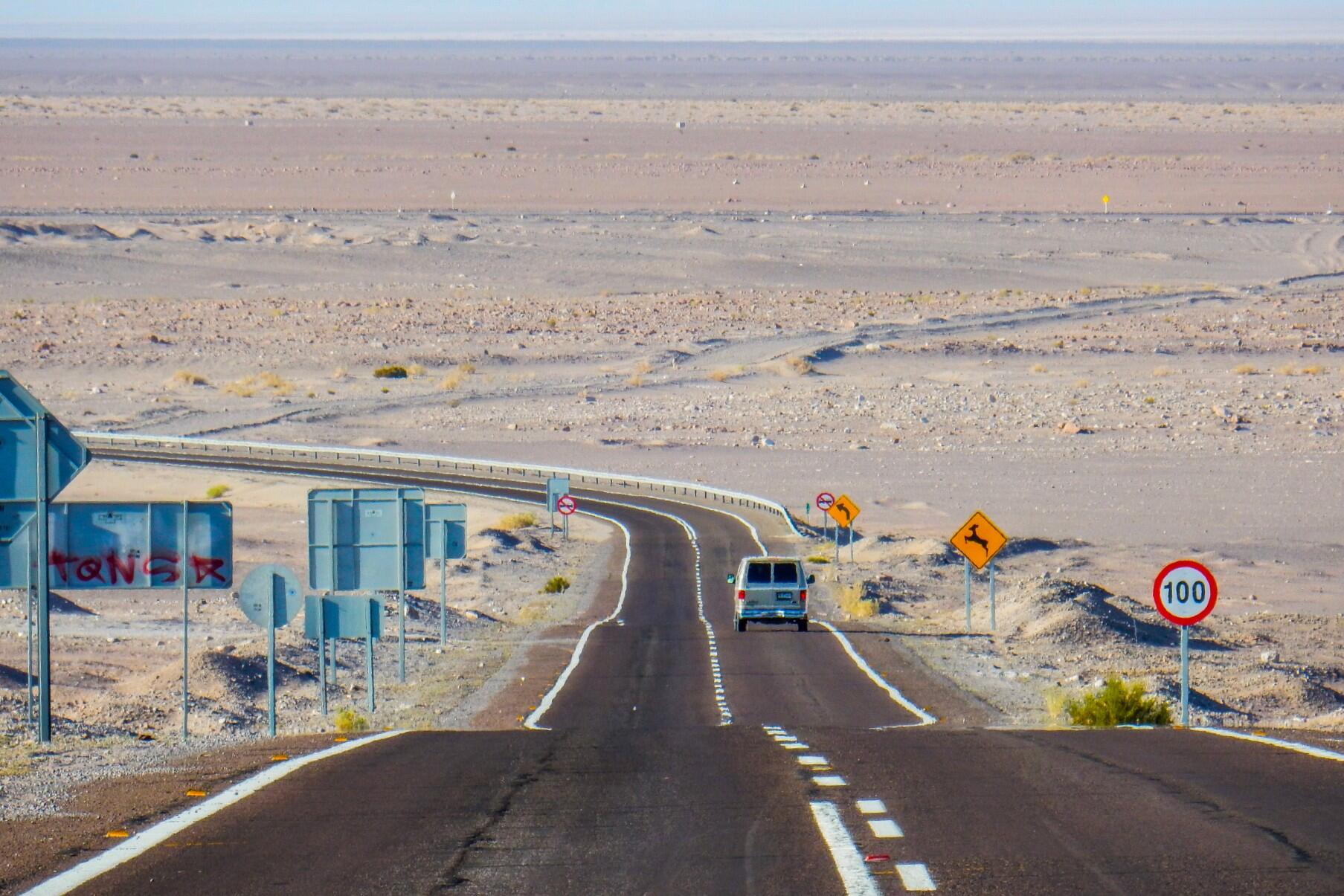 The Salar of the Atacama is rich in geochemical features and contains 27% of the world’s lithium reserve base, the key ingredient required in the manufacture of rechargeable batteries. While the mining here is drawing attention for its controversial effect on the desert’s precious water source, the region’s lithium is also playing a key role to combat the current climate crisis. Lithium from Atacama Desert mines is going into batteries to power electric vehicles and to store precious renewable energy, therefore helping the planet transition to a more sustainable energy future and eradicating our dependence on fossil fuels. 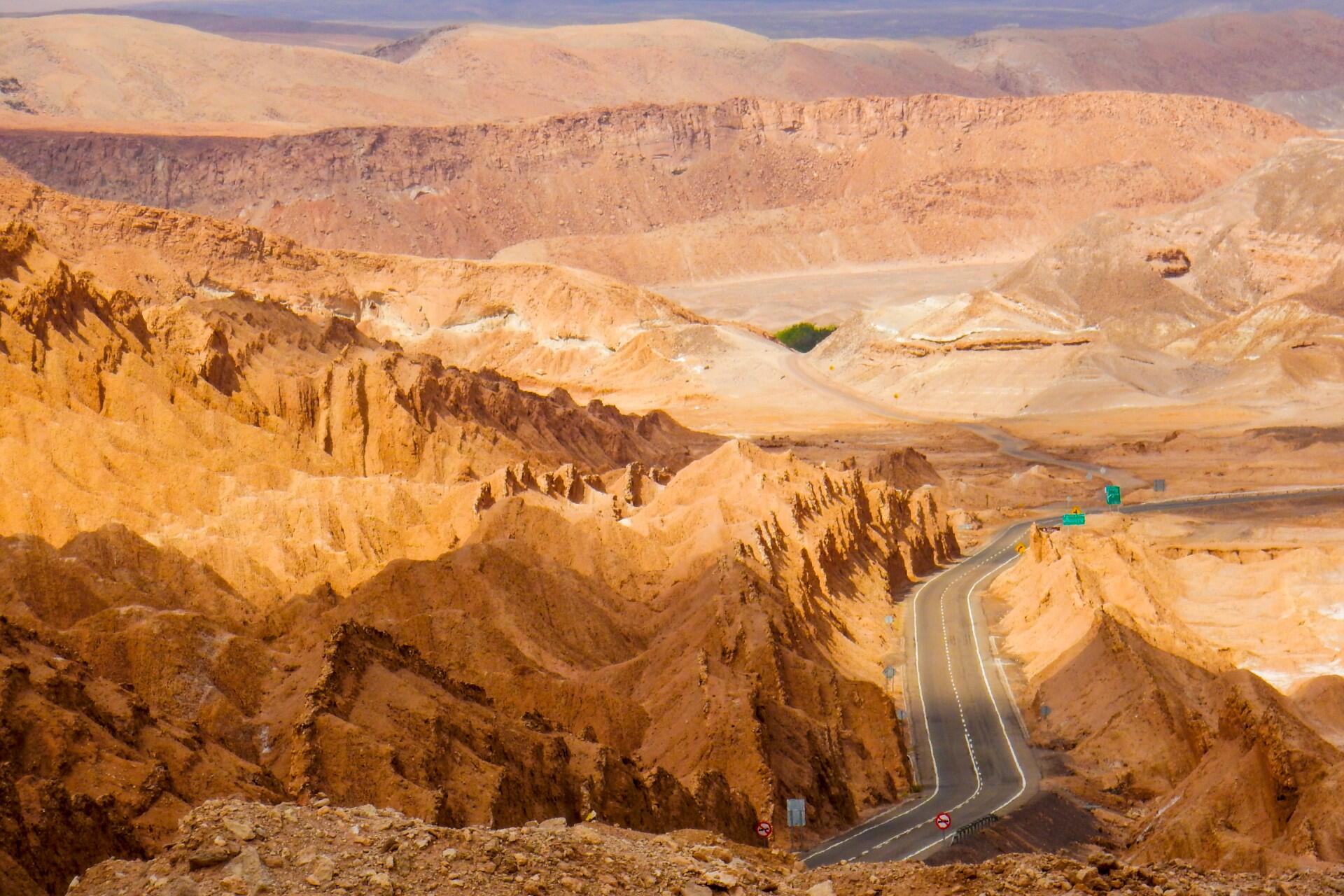 Valle de La Luna in the Heat of the Day

The daytime sun warms the ground to an unimaginable temperature but you can’t help but explore this magical landscape. The landscape of the Valley de La Luna (Valley of the Moon) has been carved by harsh winds and displays colors and textures believed to be similar to the surface of the moon.

Posted by EUGENE PLAWIUK at 6:08 PM