The Pioneers: The Heroic Story of the Settlers Who Brought the American Ideal West. 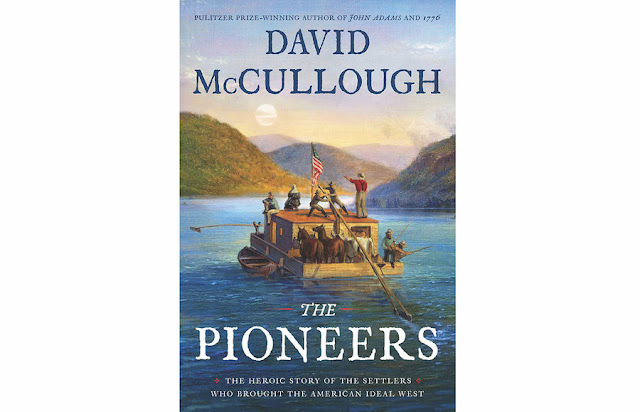 By Danny Heitman Correspondent
In “John Adams,” David McCullough’s acclaimed 2001 biography, he chronicled Adams’ achievements as a Founding Father and chief executive. But one of Adams’ accomplishments, which changed the country, has gotten relatively little attention. During the negotiations that ended the Revolutionary War, the British pressed to make the Ohio River the westernmost boundary of the United States. But Adams held firm, according to McCullough, and the British relented, giving what would eventually become the United States of America ample room to grow. Land, as it turned out, was nearly all the fledgling nation had to offer (notwithstanding that some of it was already occupied by Native Americans). Without cash to reward its revolutionary soldiers, the young government provided veterans with dirt-cheap tracts in its newly acquired Northwest Territory instead. The settling of that frontier, which contained the future states of Ohio, Indiana, Illinois, Michigan, and Wisconsin, is the subject of McCullough’s new book, The Pioneers: The Heroic Story of the Settlers Who Brought the American Ideal West. McCullough’s most arresting books have focused on a single figure, such as Adams, Theodore Roosevelt, or Harry Truman. “The Pioneers,” like “The Greater Journey,” his story of American expatriates in France, involves a lesser-known cast of characters. The story’s main hero is Manasseh Cutler, a New England minister who not only played a pivotal role in the passing of the Northwest Ordinance of 1787, but also pushed for anti-slavery language to be included in it. He’s the kind of man McCullough typically admires – a bibliophile and polymath much like Adams, Roosevelt, and Truman. Cutler, McCullough writes, “had succeeded in becoming three doctors in one, having qualified for both a doctor of law and a doctor of medicine, in addition to doctor of divinity, and having, from time to time, practiced both law and medicine. At one point he looked after some forty smallpox patients and seems to have gained a local reputation for his particular skill at coping with rattlesnake poisoning.”
READ ON 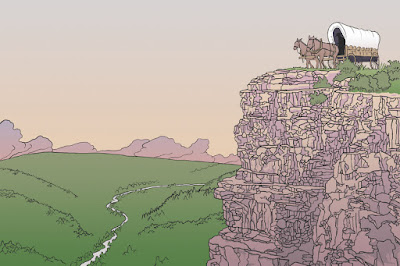 Posted by EUGENE PLAWIUK at 5:16 PM