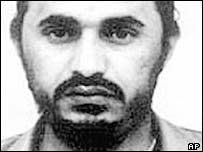 The destruction of the Shia's holiest shrine, the Golden Mosque, in Iraq and the immediate reaction that IT MUST HAVE BEEN THE SUNNI'S, has created a condition that favours one particular group.

What seems to have been lost in all this is cool heads and reasoned thinking ,that perhaps the actual bombers were followers of Abu Musab al-Zarqawi, after all two years ago he announced this as his strategy to divide the Sunni's and Shia's.

Bomb attacks on Iraq's Shia-dominated government and security forces have continued apace, however, with many of the bloodiest strikes of 2005 blamed on Zarqawi's group, now renamed al-Qaeda in Iraq. An intercepted letter released by the Americans in February 2004 seems to support their claim that targeting Shias is central to Zarqawi's strategy in Iraq. In it, Zarqawi appears to share his plans for igniting sectarian conflict in Iraq as a means of undermining the US presence there. Within days of the letter's release, bomb attacks on recruiting centres for the Iraqi security forces had killed nearly 100 people. Attacks are now a daily occurrence in Iraq. Whether or not Zarqawi is behind them all, he is seen by the US as the biggest obstacle to their hopes of progress in Iraq - their most dangerous enemy in the country.

With the current division politically in Iraq and rising internecine incidents of mutual attacks and reprisals, between these two groups, the outrageous bombing of the Shia's Golden Mosque would hasten further sectarian violence, and benefit the divide and conquer strategy of Zarqawi. At last early this morning a spokesperson for the Shia, has come out and pointed the finger at Zarqawi as the possible provocatuer.

As Shiite leader Abdul Aziz al- Hakim, head of the Supreme Council for the Islamic Revolution in Iraq, said in a statement calling for national unity:

It is regrettable that things reached the degree that Sunni and Shiites are paying for the crimes committed by the enemy of Islam and Iraqis. This is what Zarqawi is working for -- that is, to ignite sectarian strife in the country. We call for self-restraint and not to be dragged by the plots of the enemy of Iraq.

In the Middle East it appears that forty eight hours later cooler heads are now prevailing. Despite the usual blame the US and Israel tripe, the reality is now setting in, that the fascists in Al Quiada would benefit most from this bombing.

US, Iran and al-Qaeda are each accused for the Samarra mosque bombing

Religious and political leaders are multiplying their appeals for unity against division. Ayatollah Ali al-Sistani, Shia Islam’s highest authority in Iraq, spoke again today. According to one his aides, Mohammad Hakkani, the issue is not only rebuilding the mosque, but building Iraq with all its ethnic and religious components.

For his part, Mgr Shleiman Warduni, auxiliary Chaldean bishop of Baghdad, said that the purpose of the attack was clear: “It was meant to spread division and hatred and stop the country’s progress. We are not yet in civil war, but when such bloodbaths occur we should not take that risk too lightly”.

Extremist Shiite leader Moqtada al-Sadr from Qom (Iran) told al-Jazeera that Sunnis should join Shiites in pledging not to kill fellow Muslims and should distance themselves from “takfiris”, Sunni extremists who target Shiites.

According to the Khaleej Times, during protests in Bahrain against the mosque bombing people shouted slogans against Al-Qaeda and its supporters, accusing them of trying to fuel sectarian hatred. Many marched holding pictures showing the damaged dome and placards equating the attacks with the controversial cartoons of the prophet Mohammed.

Asia Times also pinned the blame on al-Qaeda-linked groups calling them the “prime suspects” but also saying that they might “be the biggest losers in the fallout” because once the wave of outrage subsides the “Iraqi resistance will be viewed in a new light. And plans for a region-wide anti-US resistance movement centred on Iran will have to be rethought.”

I think that either zarqawy, Al-qaida, or local Baathists that were concerned that negotiations to form a new government were wrapping up may have committed the bombing. Then of course, there is good'ol Iran which also doesn't want to see a democratic Iraq. There are many forces aligned against the people of Iraq. What amazes me, is that again and again, cooler heads prevail.

My personal concern rests with Al Sadr. He is young and operates with impunity, yet it was his thugs who did most of the post bombing killing. He is Iranian backed and the most radical of the Shia. He has a lifetime to get done what he wants done... and that is the creation of a Shia theocracy with himself installed as dictator. He is, in my opinion, the most dangerous person in all of Iraq. Zarqawy just plays perfectly into his hands.

I was reading on another blog yesterday some details about the bombing. This was a carefully executed demolition. Holes were drilled into columns so the charges could be laid and estimates say that laying all these charges could have taken as long as 12 hours.

Now even if it had only taken half that, do you really think Zarqawi's people could have worked unhampered or unnoticed for that amount of time? There's more to this story that we haven't learned yet.

Debris Trail
Apparently the New York Times agrees with you.Younger Clerics Showing Power in Iraq's Unrest tje article says;
But that hope gave way to the realization that the clerics could do as much harm as good, and for the first time since the toppling of Saddam Hussein, the Iraqi authorities imposed a daytime curfew to keep people from attending the sermons.

"Sectarian divisions are not new, and sectarian violence is not new," said a Western diplomat in Baghdad who spoke on condition of anonymity because he did not want to be seen as interfering. "What is different this time is that the Shiites, in a sign that their patience is limited, reacted violently in a number of places."

The violence and new militancy has come in part from a competition among Shiite factions to be seen as the protectors of the Shiite masses. The main struggle has been between the leading factions, both backed by Iran, and their spiritual leaders.

Many of the retaliatory attacks after the bombing were led by Mahdi Army militiamen loyal to Moktada al-Sadr, the Shiite cleric whose anti-American crusades have turned him into a rising political power.

His main rival, Abdul Aziz al-Hakim, a cleric and the leader of the Supreme Council for the Islamic Revolution in Iraq, or Sciri, defended the right of Shiites to respond to the bombing. He has shown a new willingness to publicly attack the American role in Iraq, once the preserve of Mr. Sadr, and he also commands a powerful militia, the Badr Organization.

"There are clerics who are very moderate and who understand what the current situation demands, and there are clerics who have political agendas and who marshal forces for their own gain," said Joost Hiltermann, the Middle East director of the International Crisis Group. "Those are the dangerous ones."

The more political clerics, Mr. Hiltermann added, "are quite willing to push their agendas no matter what it might lead to, including civil war and the breakup of the country."

The violence and escalating rhetoric among Sunnis and Shiites has left the mostly secular Iraqi leaders favored by the United States farther than ever from power.

Robert;
Nothing stops a well organized militia from doing this kind of operation, disguised as maintenance workers, cops or even Security personal. And if it wasn't Zarqawi are you suggesting it was something more sinister, such as Shia militias or the U.S. military?